Archbishop Oscar Arnulfo Romero who was gunned down while giving Mass in a San Salvador church on March 24, 1980.
AP
By Maya Rhodan

Pope Francis on Tuesday formally declared Salvadorean Archbishop Oscar Romero was a martyr for the Catholic faith, just months after lifting a ban on the beautification of the Archbishop.

Romero, who was killed by right-wing militants in 1980 after speaking out against army repression at the start of the country’s bloody civil war, has long been seen as a hero among Latin American Catholics.

Francis, the first Latin American pope, said Romero was killed in “hatred of the faith,”the National Catholic Reporter says, and declared him a martyr — setting him on the path toward eventual sainthood.

The Vatican had previously been concerned Romero had practiced liberation theology—an interpretation of the Christian faith considered politically far left—and long blocked his beatification, despite the fact that he was killed while celebrating Mass. 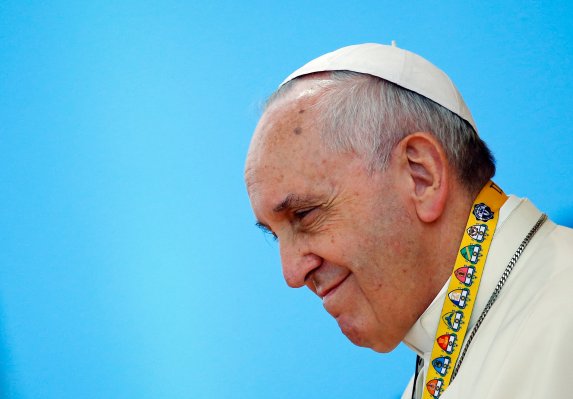 Pope Francis to Visit Sarajevo in June
Next Up: Editor's Pick