In this Jan. 29, 2015, photo, James Robertson, 56, of Detroit, walks toward Woodward Aveune in Detroit to catch his morning bus to Somerset Collection in Troy before walking to his job at Schain Mold Engineering in Rochester Hills. Getting to and from his factory job 23 miles away in Rochester Hills, he'll take a bus partway there and partway home and walk 21 miles according to the Detroit Free Press
Ryan Garza—AP
By Kevin McSpadden

James Robertson has arguably America’s harshest commute, a 21-mile trek that takes him through the Detroit’s worst neighborhoods. Now, his daily journey has captured the nation’s attention and prompted a GoFundMe campaign that has raised $130,000 to provide him with a car.

For the last decade, the 56-year-old has walked eight miles to work and 13 miles back again. He usually arrives home at 4 a.m., sleeps for two hours, and then wakes up at 6 a.m. to return to his factory job, according to the Detroit Free Press.

The daily odyssey takes him through Detroit’s infamous 8 Mile neighborhood in the middle of the night. But despite the ordeal, Robertson remains upbeat about his situation. “I sleep a lot on the weekend, yes I do,” he says. “I can’t imagine not working.”

A Sunday profile in the Detroit Free Press inspired hundreds of people to offer Robertson cash, chauffeur services and even cars.

Evan Leedy, a student of Wayne State University, was inspired to start a GoFundMe campaign. “I set the goal at the beginning of $5,000. Right now my page has more than $30,000,” Leedy said on Sunday evening.

Robertson said that he is proud that he has managed his commute for all these years, but with the help of the kickstarter campaign, it looks like his walking days may be over.

Read next: Inside the California Prison Where Inmates Train Rescue Dogs 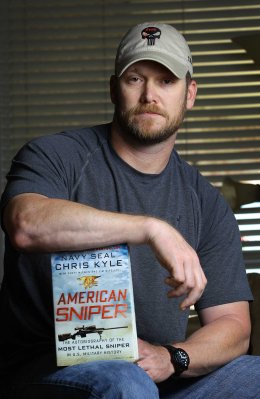