A new Federal Communications Commission proposal expected this week has the potential to be a game-changer in the debate over net neutrality.

FCC Chairman Tom Wheeler is expected to propose that high-speed Internet service be reclassified as a telecommunications service, rather than an information service, under Title II of the Communications Act, according to The New York Times, which cites various anonymous sources from the telecommunications industry.

The step would allow the FCC to regulate Internet service providers (ISPs) like public utilities, including ensuring that ISPs cannot block any Internet content. They would also be prohibited from creating so-called Internet fast-lanes for companies and websites willing to pay for faster delivery of their content.

These issues have been at the heart of an intense debate over so-called net neutrality, the idea that all Internet traffic be treated equally. The outcome could have profound implications for consumers and telecommunications companies.

In November, President Barack Obama publicly urged the FCC to adopt the “strongest possible rules” to enforce net neutrality by regulating broadband providers more like public utilities. He argued that “the Internet has become an essential part of everyday communication and everyday life” and therefore requires strict regulation. Opponents of net neutrality have claimed that stricter regulation of ISPs could impair growth and innovation.

The Times does note that the proposal from Wheeler — a former cable and wireless industry lobbyist appointed as FCC chairman by Obama in 2013 — is likely to stop short of some of the strictest forms of regulation reserved for public utilities, including oversight of pricing.

Last year, Wheeler offered a proposal that would have avoided reclassifying ISPs while allowing cable companies and telecoms to negotiate contracts that would let content providers like Netflix pay for faster streaming speeds, as long as the deals are “commercially reasonable.” Wheeler’s initial proposal sparked intense criticism from opponents who said it would give a huge advantage to wealthy companies that could afford to pay for faster Internet service while leaving everyone else in the slow lane.

Wheeler’s latest proposal, which should have the support of Obama and other proponents of an open Internet, is expected to be submitted to FCC commissioners on Thursday. A vote would likely come later this month, the Times reported. 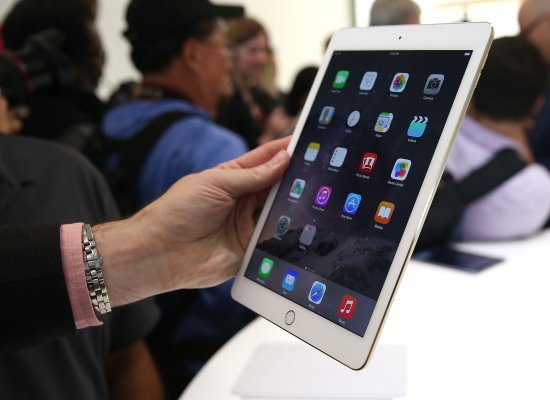 The One Huge Thing Everybody Gets Wrong About Tablets
Next Up: Editor's Pick