The creator of Amazon’s original series Transparent is developing a female-driven, feminism-focused comedy for MTV.

Jill Soloway has received plenty of praise—and a Golden Globe—for Transparent, but at MTV she’ll be shining the spotlight on writers Lyle Friedman and Ashley Skidmore, according to The Hollywood Reporter. The show will follow two grown women trying to save womankind 10 years after meeting at camp, where they bonded over second-wave feminism and were struck by lightning.

Upright Citizens Brigade alumni Friedman and Skidmore, who will executive produce, are staff writers on the TV Land comedy Younger, and the creators of the web series #hotmessmoves. Though Soloway is also an executive producer, she described her role as a “godmother” in a statement.

“Lyle and Ashley have a magical ability to tap into the female psyche, and through their own special brand of truth and humor they absolve us of our most humiliating moments,” she said. 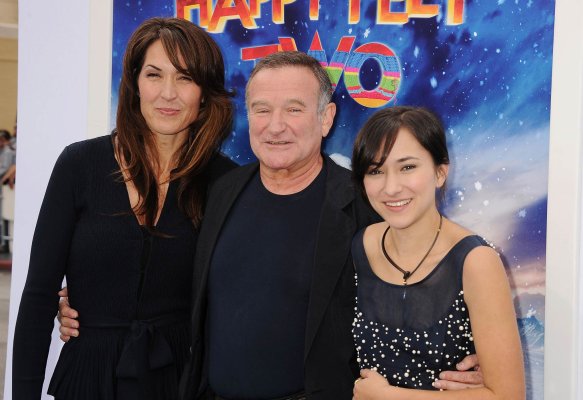 Robin Williams' Family in Dispute Over His Estate
Next Up: Editor's Pick