Watch Rand Paul Shush a Reporter During a Cranky Interview

A CNBC anchor discovered the quickest way to get on Kentucky Republican Sen. Rand Paul’s bad side Monday with a series of questions the 2016 presidential hopeful said were “mischaracterized” and “argumentative” and “full of distortions.”

CNBC’s Closing Bell co-anchor Kelly Evans began her interview by asking about Paul’s stance on vaccines, but their conversation didn’t get heated until she asked him about his and California Democratic Sen. Barbara Boxer’s recent tax proposal. Things got tense when he challenged Evans’ research—at one point, he shushes her and instructs her to “calm down”—and it only went downhill from there after she moved on to other topics, including a possible 2016 run.

“We are thinking about it… [but] part of the problem is that you end up having interviews like this where the interview is so slanted and full of distortions that you don’t get useful information,”Paul said. “I think this is what is bad about TV sometimes. So frankly, I think if we do this again, you need to start out with a little more objectivity going into the interview.” 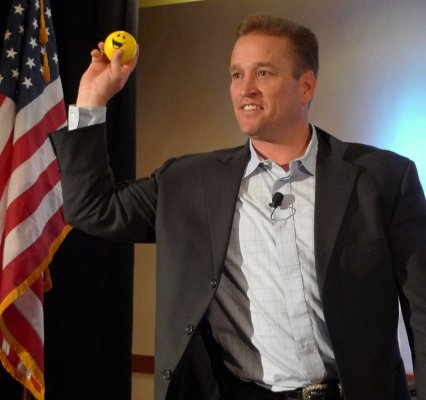 What We Learned Talking to Ben Carson's Director of Campaign Culture
Next Up: Editor's Pick