Katy Perry was so proud of her epic Super Bowl halftime show that she has already gotten a tattoo to commemorate it. The highlight of said show was clearly the pair of dancing sharks who shimmied behind Perry during her medley of hits.

One shark in particular — the one on the right — really shined because he expertly executed all the moves. A flipbook artist who goes by the moniker The Flippist was awesome enough to take that dazzling performance and turn it into an illustrated series of pictures. Somehow, it becomes even cuter. 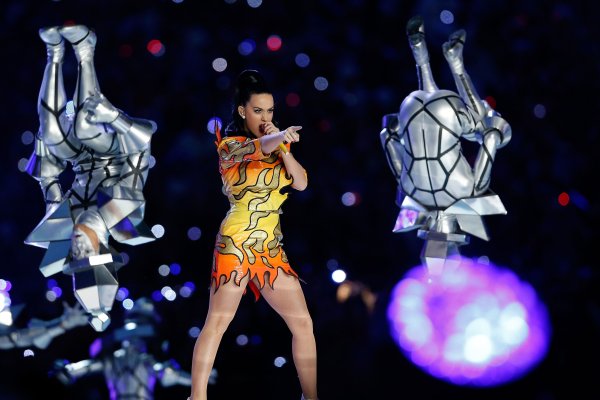