The One Huge Thing Everybody Gets Wrong About Tablets

The news Monday that tablet sales dropped off for the first time last quarter are bound to accelerate the “tablets are dead” punditry we’ve seen around the web over the past few months. But the vast majority of commentators writing about tablets get one big thing wrong: The tablet market isn’t one big market, it’s many small ones.

The car industry gives us a somewhat imperfect analogy. Automakers lump annual sales of all motorized cars, trucks, motorcycles, boats, RVs, and more into a single statistic. The point of this figure is to show how many motorized vehicles were sold each year. Yet, to truly speak accurately about the automotive industry, it’s more helpful to see the entire category broken out into each distinct segment — growth or declines in each category tell us more about the market than simply lumping all of them together.

But that’s exactly what’s being done with tablets today. When many people think “tablet market,” for instance, they think “iPad.” But Apple’s iPad is only one kind of tablet. And still its performance gets lumped in with cheap kids’ tablets. The two are entirely different in their usage, yet spoken about without appreciation for each device’s key functionality.

I have consistently tried to look at the diverse ways the tablet market is segmenting. Below is a chart I use during my presentation on the category:

When I see a forecast saying the tablet segment will be up or down in 2015, I like to ask, “which segment?” Will gaming tablets be up or down? Computing tablets like the iPad? Tablets that get stuck on walls at retail? Which ones are growing and which are not? No good answer exists to these questions, because the people projecting these numbers aren’t looking at the market this way. That makes their predictions less valuable.

The Rise of Appliance Tablets

With this in mind, it’s important to highlight something fascinating happening in the sub-$100 tablet segment. Most observers never anticipated the way these low-end tablets wound up being used. Under $100, tablets become a cheap, almost disposable piece of smart glass. Walmart sells an RCA 7″ Android tablet for $59.99, for instance. Shoppers can buy one, stick it next to their bed and use it as an alarm clock with widgets for weather, stocks and more. You could buy one and put it in your workshop as a TV. Or buy four and have them in your car for the kids to use on long drives.

What does that mean? Tablets are looking more like the household computer, shared among family members or roommates. If that’s true, it would help explain why tablet shipments were down last quarter — Tablet sharing means households need to buy less individual units.

Regardless, tablets have been a fascinating category to watch. The heavy segmentation being driven by the sub-$100 category could actually boost tablet sales this year, assuming more hit the market from recognizable name brands. How these devices will be used is hard to predict, but as we research the market and hear from consumers themselves how they use these products, it will help us understand the tablet market at a much deeper level.

Ben Bajarin is the Director of Consumer Technology at Creative Strategies, Inc., a market intelligence and research firm. He focuses his analysis and research on all things consumer technology. He is a husband, father, gadget enthusiast, early adopter and hobby farmer. 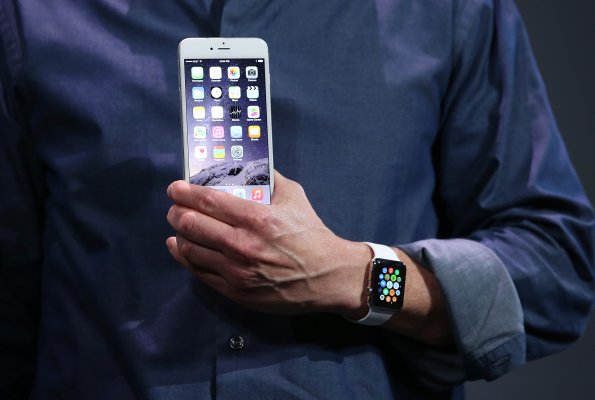 Why Sapphire Isn't the Future of Smartphones
Next Up: Editor's Pick