92% of Doctors Say Measles Outbreak Due to Parents Not Vaccinating

Nine out of ten doctors agree the current outbreak of measles is directly attributable to parents who do not vaccinate their kids, according to a recent poll.

The physician social networking company SERMO, which has 300,000 medical members, polled over 3,000 doctors and found that the vast majority think the current measles outbreak—which has infected over 80 people—is from unvaccinated kids.

Over two-thirds (72%) of those surveyed believe that kids who are unvaccinated should not be allowed in public schools.

The current outbreak is believed to have originated from a group of people, many unvaccinated, visiting Disney California Adventure Park in Anaheim, California.

Some physicians in the SERMO poll said they do not allow people who do not vaccinate their kids to be part of their practice, while others say they try to educate anti-vaxxers when they see them.

The measles vaccine is called MMR (measles, mumps, and rubella) and is nearly 100% effective at preventing measles, which is highly contagious.

The Centers for Disease Control and Prevention (CDC) recommend all kids get two doses of MMR vaccine; the first at age 12 through 15 months and the second at 4 through 6 years. 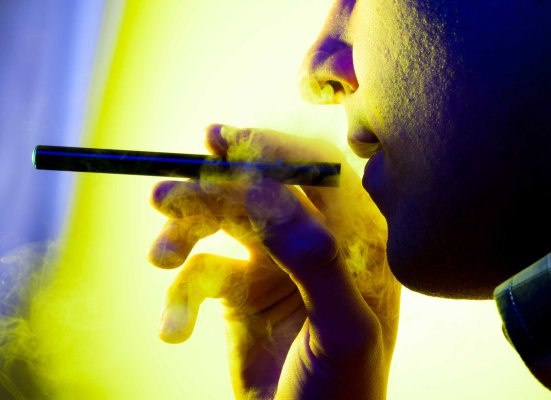 California Urges E-Cigarette Smokers to Butt Out
Next Up: Editor's Pick