Did I say that? The NJ gov has medical wisdom to share
Jeff Zelevansky; Getty Images
Ideas
By Jeffrey Kluger
Jeffrey Kluger is Editor at Large for TIME magazine and the author of ten books, including Apollo 13, Apollo 8 and two novels for young adults. He has written more than 40 cover stories for TIME on topics ranging from space to human behavior to climate to medicine. Along with others at TIME, Kluger is an Emmy nominee for the web series A Year in Space.

Last I checked, Chris Christie isn’t a licensed commercial pilot, which is one reason he probably doesn’t phone the cockpit with instructions when his flight encounters turbulence. Chances are, he doesn’t tell his plow operators how to clear a road when New Jersey gets hit by a snowstorm either. But when it comes to medicine, the current governor, former prosecutor and never doctor evidently feels pretty free to dispense advice. And don’tcha’ know it? That advice turns out to be terrible.

Asked about the ongoing 14-state outbreak of measles that has been linked to falling vaccination rates, Christie—the man who prides himself on chin-jutting certainty—went all squishy. “Mary Pat and I have had our children vaccinated, and we think that it’s an important part of being sure we protect their health and the public health,” he said. “I also understand that parents need to have some measure of choice in things as well, so that’s the balance that the government has to decide.”

The governor then went further, taking off his family-doctor hat and putting on his epidemiologist hat. “Not every vaccine is created equal,” he said, “and not every disease type is as great a public-health threat as others.”

MORE: Christie Says Parents Should Have Choice on Measles Vaccine

He was not specific about which diseases fall below his public-health threat threshold, but New Jerseyans are free to guess. Would it be polio, which paralyzed or killed tens of thousands of American children every year before a vaccine against it was developed? Would it be whooping cough, which results in hospitalization for 50% of all infants who contract it and death for 2%, and is now making a comeback in California because of the state’s low vaccination rates? Or would it be measles, which still kills nearly 150,000 people—mostly children—worldwide every year?

O.K., so politicians hedge—especially when they’re thinking of running for President. But this isn’t Christie’s first time at the antivax rodeo. In 2009, he shamefully—and un-take-backably—endorsed the central fallacy of the Jenny McCarthy–esque crazies: that vaccines cause autism.

“I have met with families affected by autism from across the state and have been struck by their incredible grace and courage,” he wrote in a letter to supporters. “Many of these families have expressed their concern over New Jersey’s highest-in-the-nation vaccine mandates. I stand with them now, and will stand with them as their governor in their fight for greater parental involvement in vaccination decisions that affect their children.”

In fairness, medical nincompoopery knows no party label, as then Senator Barack Obama illustrated when he was running for President in 2008. “We’ve seen just a skyrocketing autism rate,” he said at a Pennsylvania rally. “Some people are suspicious that it’s connected to the vaccines. This person included. The science right now is inconclusive, but we have to research it.”

Christie and Obama have gone quiet on this utterly debunked claim, as has McCarthy herself of late. But Christie’s more recent—if less outrageous—remark is just as dangerous for the very fact that it sounds more reasonable. Vaccines are not intended to be taken cafeteria style, helping yourself to the full course of polio shots while sampling the MMR and saying a firm no-thanks to the lifesaving HPV vaccine. Vaccine coverage, as real epidemiologists will tell you for the trillionth time if that’s what it takes, needs to be around 95% in most cases to create herd immunity—the protection a well-vaccinated community provides to its comparatively few members who truly cannot be vaccinated for demonstrable medical reasons.

New Jersey is barely scraping by on this score, with a 95.3% rate in 2014, and some counties—like Monmouth, lowest in the state at 92.6%, and Hunterdon, at 93.1%—are failing the course entirely. Seems like a bad time for the teacher to tell the class not to worry about studying.

Christie—no surprise–quickly began walking back his statement. “To be clear,” his spokesman said Monday, “The governor believes vaccines are an important public health measure and with a disease like measles there is no question kids should be vaccinated.” Then, alas, the top dog—through the poor spokesman—went all yippy again. “At the same time, different states require different degrees of vaccination, which is why he was calling for balance in which ones government should mandate.” 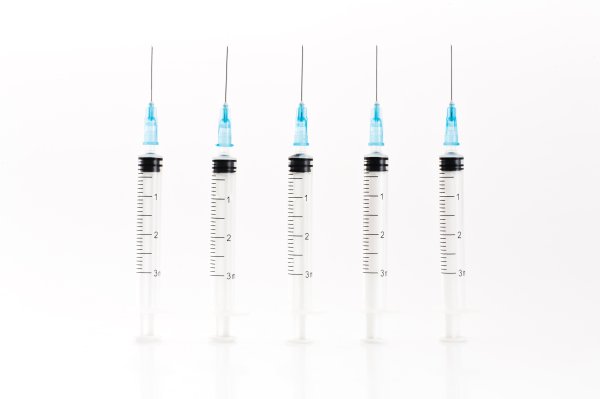 92% of Doctors Say Measles Outbreak Due to Parents Not Vaccinating
Next Up: Editor's Pick