A man walks down a snow-covered street on Feb. 1, 2015 in Chicago, Illinois.
Scott Olson — Getty Images
By David Stout

Forecasters say more snow is likely to blanket the northeast throughout Monday, less than a week after the area was deluged by a massive blizzard.

Late Sunday, the National Weather Service predicted the winter storm would continue to trudge through the Ohio Valley “before redeveloping and rapidly deepening off the southern New England coast on Monday.”

Weather forecasts warned of probable traffic delays across New York and New England on Monday, after large swaths of the Midwest were inundated with more than a foot of snow over the weekend.

“The morning commute Monday (if there is one) will be extremely treacherous across southern New England as snow turns heavy, with snowfall rates of 1 to 2 inches per hour making roads nearly impossible to keep clear,” reported the Weather Channel.

As of Sunday night, over 2,000 commercial flights had been canceled throughout the Midwest and East Coast, according to NBC News.

And if anyone’s betting on whether Punxsutawney Phil is likely to see his shadow on Monday morning, odds are the groundhog will remain burrowed in his hole for a few more weeks. 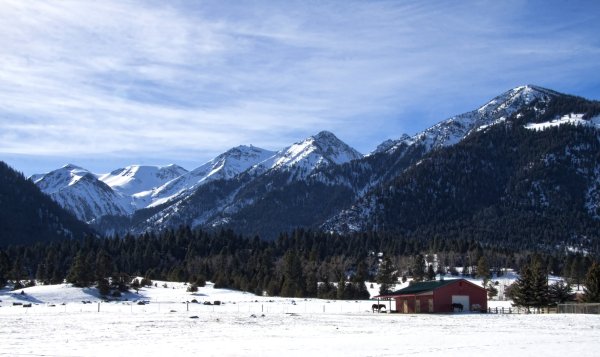 This State Has Record Low Snowfall This Year
Next Up: Editor's Pick