Tibetan spiritual leader the Dalai Lama walks outside the White House after his meeting with U.S. President Barack Obama in Washington on Feb. 18, 2010
Yuri Gripas—Reuters
By Hannah Beech

It took three days for China’s official media to react to the news that the Dalai Lama, the exiled Tibetan spiritual leader, will join U.S. President Barack Obama at a National Prayer Breakfast in Washington, D.C., on Feb. 5. But Beijing’s response, now that it has finally come, is not joyous.

“Obama is acquiescing to the Dalai Lama’s attempt to split Tibet from China,” went a Monday op-ed in the China Daily, the Chinese government’s English-language mouthpiece.

“Tibet is an inseparable part of China,” it continued. “The Dalai Lama’s flight from China’s Tibet in 1959 was because of his failed attempt to maintain the serfdom in the region, under which the majority of Tibetans were slaves leading a life of unimaginable misery.”

The official Chinese narrative holds that Tibet trembled under the fist of Buddhist monks before the People’s Liberation Army marched in more than six decades ago. Since then, living standards in Tibet have increased; this year, the Chinese government has projected 12% growth in the Tibetan Autonomous Region, higher than in most other parts of the country.

But many Tibetans decry the Chinese government’s systematic repression of their religious and cultural freedoms. Possessing the Dalai Lama’s image can land Tibetans in jail, even though he has repeatedly said he is not calling for an independent Tibet but rather one in which local traditions are respected.

Tibetan monks are regularly required to denounce their spiritual leader in communist-run re-education classes. So profound is the despair among some Tibetans that more than 130 people have committed suicide since 2009 by setting themselves on fire, according to exile organizations. As they burn, self-immolators reserve their final breaths to praise the Dalai Lama and denounce Chinese rule.

More than half a century of anti-Dalai Lama propaganda has failed. The Tibetan leader is still widely venerated across the high plateau. Even Tibetan government officials are not immune, with Chinese state media reporting a crackdown on cadres who “are suspected of providing intelligence to the Dalai Lama’s separatist forces.” Last year, 15 Tibetan officials were punished for “serious violations in discipline.”

Obama has met with the Dalai Lama three times before, but always in a private setting. The National Prayer Breakfast marks the first time the pair will appear in public together. Chinese state media reported that a Chinese Vice Foreign Minister summoned a U.S. diplomat in Beijing to register official displeasure with the Feb. 5 event. News of the National Prayer Breakfast, however, will likely take time to reach parts of Tibet. Since the spike in self-immolations, Internet and phone lines have been severed in some regions. 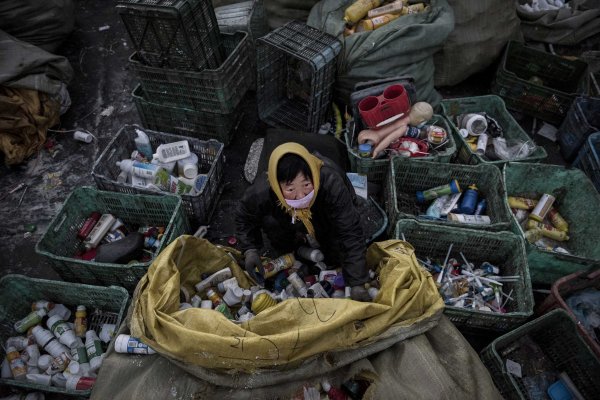 Migrant Scrap Peddlers Eke Out a Living on Beijing's Edge
Next Up: Editor's Pick