Brady completed 37-of-50 passes for 328 yards with four touchdowns and two interceptions in leading the Patriots to a 28-24 win over the Seattle Seahawks. The 37 completions was a Super Bowl record by a quarterback.

Brady is now a three-time Super Bowl MVP, also collecting the honor in 2002 and 2004. With Sunday’s win, he tied Joe Montana and Terry Bradshaw as the only quarterbacks to win four Super Bowls. Brady is 4-2 overall in title games in his career.

The Patriots won the game after Seahawks quarterback Russell Wilson was intercepted at the goal line with less than 25 seconds remaining. New England took the lead late in the fourth quarter after Brady threw a three-yard touchdown to Julian Edelman. 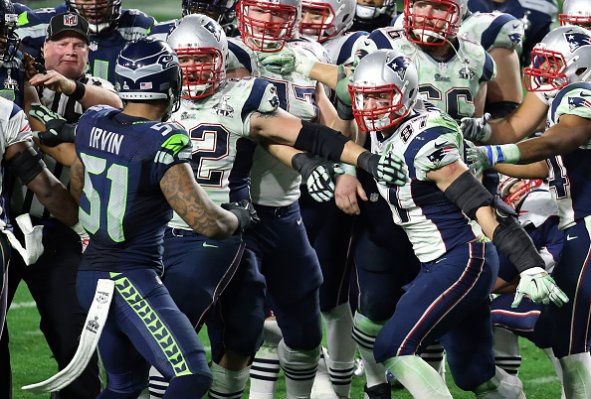 Patriots, Seahawks Fight at End
Next Up: Editor's Pick