President Barack Obama speaks about the economy and early childhood education at the University of Kansas in Lawrence, Kansas, Jan. 22, 2015.
Saul Loeb—AFP/Getty Images
By Maya Rhodan

With his proposed budget today, President Obama turned another empty Washington ritual into an opportunity to pitch a detailed blueprint for helping the American middle class, an effort aimed less at present-day politics and more at building his presidential legacy.

As he did with the State of the Union address last month, Obama put forth poll-tested ideas that stand little chance of making it through the current Republican-controlled Congress during the remainder of his term.

The detailed $4 trillion budget proposal lays out an America where preschool is universal, community college is free and student loan payments are limited to 10% of monthly income. It describes a country where lower-income households benefit from a larger earned income tax credit, while working married couples have an additional tax credit to pay for child care. It even assumes that immigration reform, now stalled indefinitely, has been signed into law.

As always, the question comes down to how to pay for these ideas. In the budget, Obama proposes a number of tax increases, including a hike in the capital gains tax rate and a one-time mandatory tax on U.S. corporations’ overseas profits.

Republicans in Congress panned the budget before it had even been presented. In an interview with NBC’s Meet the Press on Sunday, Chairman of the House Ways and Means committee Rep. Paul Ryan of Wisconsin said that Obama is practicing “envy economics.”

But while the focus of the coming days will be what Congressional Republicans have to say about the ideas, the real target of the budget proposal and the State of the Union is elsewhere. As Obama winds down his final term in office, he’s keeping an eye on his own legacy and how it will affect whoever becomes the 45th commander-in-chief. 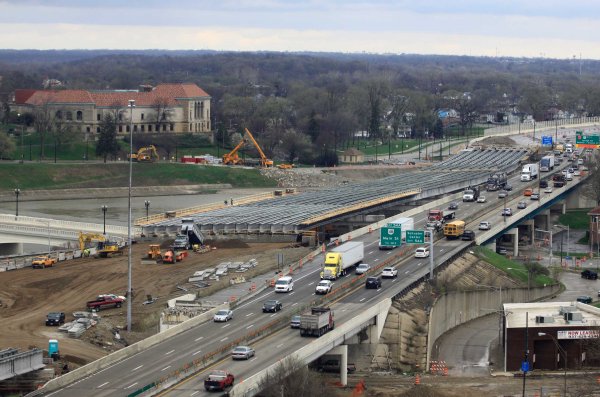 Obama Pitches Corporate Tax to Fix Roads and Bridges
Next Up: Editor's Pick