The subject line read, “Dr. Carson: Serious Trouble…” But the neurosurgeon Ben Carson, who now polls in the top tier of Republican contenders for the presidency, was certainly not the one with problems.

“The Republican Party is in serious trouble,” ran the words that followed under a oversized font reading “From The Desk Of Ben Carson.” “So please join me in supporting Black America’s PAC with a contribution of at least $20.16 today.”

If you want to understand the conservative appeal of the former director of pediatric neurosurgery at Johns Hopkins Hospital, messages like this, which go out by the thousand on conservative email lists, are the place to start. No prospective candidate’s name and likeness, including the Democratic field-clearer Hillary Clinton, has been as successful in attracting small donations over the last year than that of Carson.

In addition to his own political action committee, Carson has lent his name and signature to other online efforts, including American Legacy PAC, which Newt Gingrich co-chairs. There Carson is the face of a $5.9 million campaign called “Save our Healthcare,” which raises money in the name of fighting President Obama’s health insurance reforms.

A separate independent effort, the National Draft Ben Carson for President Committee, raised more than $12 million in the 2014 cycle through email and direct mail with appeals featuring Carson’s name. That effort, which Carson plays no direct role in supporting, collected more during the reporting period than Ready For Hillary, the SuperPAC run by Hillary Clinton’s former aides to prepare the ground for her campaign.

Carson’s online fundraising efforts are so prolific that his own political operation is sometimes not aware of them. Terry Giles, who is set to be Carson’s campaign manager if he runs, had not heard of the Black America’s PAC email until the day after the email went out last week. He said there was no relationship between USA First Pac, which Carson founded to test the waters for a presidential run, and the group.

Black America’s PAC, or BAMPAC, was founded by former Presidential candidate Alan Keyes to support black conservative candidates. The group raised $255,803 in the 2014 cycle, according to the Center for Responsive Politics, and redirected only $20,750 to state and federal candidates. Almost all of the rest went to pay for fundraising expenses or the $90,000 in direct payments to the group’s director, Alvin Williams, a former advisor to the Republican National Committee and the 1988 campaign of George H.W. Bush.

“Dr. Carson has received no financial compensation for the use of his signature and BAMPAC has no affiliation with any group that is promoting Dr. Carson as a candidate,” Williams said in an email to TIME, when asked about Carson’s involvement. He declined to comment on how much money Carson’s appeals had raised, other than to say that the email was “effective.” The money, he continued, “will go towards supporting candidates who share BAMPAC’s political philosophy.”

Adam Waldeck, the executive director of American Legacy PAC, also said Carson received no payment for his fundraising support of the group. Since the “Save Our Healthcare” project was launched almost exactly one year ago, he said it had raised $5.9 million and signed up over 600,000 people across the country.

Waldeck acknowledged that a large portion of the proceeds were put “back into growing our footprint,” by funding more fundraising. In 2014, American Legacy PAC gave 3.3% of total contributions to candidates, while 89.7% was funneled back into more fundraising efforts, according to the Center for Responsive Politics.

Advocates of the conservative direct mail argue that groups that spent the bulk of their money on fundraising, as opposed to direct political action, are nonetheless effective, because the fundraising itself can educate voters and build momentum behind a candidate. Carson’s prolific presence in the inboxes and mailboxes of Republican primary voters, they argue, has raised his profile in the crowded Republican field.

In addition to its direct fundraising efforts, the National Draft Ben Carson Committee has spent money directly to drum up support for a Carson candidacy, including buying radio ads, staffing booths at conservative conferences and paying for electronic billboard advertising in Iowa.

Much of the fundraising expenses for the group went to companies affiliated with Bruce Eberle, a powerhouse in conservative direct marketing. Jim Newberry, a senior copywriter at Eberle Associates, explained one of the appeals of Carson to TIME last year. “A black candidate has an advantage in raising money from direct-mail donors,” he said. “There’s nothing they love more than a black candidate who agrees with them on conservative views.”

In the latest national poll by Fox News, Carson polled at 9% among self-identified Republicans, about the same as Rand Paul, Jeb Bush and Mike Huckabee. Mitt Romney, who took himself out of the race on Friday, polled at 21%. An Iowa poll released Sunday by the Des Moines Register and Bloomberg Politics found that Carson also had 9% of likely Republican votes in the first caucus state. Wisconsin Gov. Scott Walker led with 15% of Republican support.

On his last swing through Iowa, Carson said he had not yet made a final decision on launching a presidential campaign. “Still considering it very, very carefully,” he told reporters. “I have a surgical personality, which means you have to dot all the I’s and cross all the T’s.”

The original version of this story was updated to clarify Newt Gingrich’s relationship with American Legacy PAC. 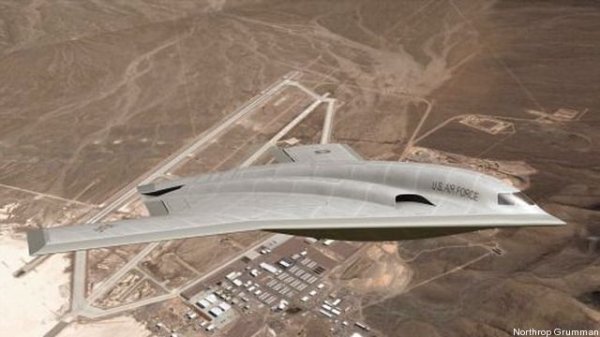 How the Pentagon Bombs Budget Estimates to $mithereens
Next Up: Editor's Pick