A 3-year-old boy in New Mexico shot his parents Saturday after he reached into his mother’s purse for an iPod but fired a loaded handgun instead, police said.

The gun was fired once, and the bullet struck the boy’s father in the buttock, traveled through his hip, and struck the pregnant mother in the arm, the Albuquerque Journal reports. Both are expected to survive.

The shooting occurred in a room at America’s Best Value Inn in Albuquerque, where the family, which also includes a 2-year-old girl, was staying. Police found a 9-mm handgun in the motel room.

The New Mexico Children, Youth and Families Department has taken custody of the two children. Police recommended that the parents be charged with criminal negligence.

“The child did the damage, but it was because of the negligence of the adults that the child was able to do this,” said Albuquerque police department spokesman Simon Drobik. “If you are going to be a gun owner, you need to lock it up and keep it safe, especially around children.” 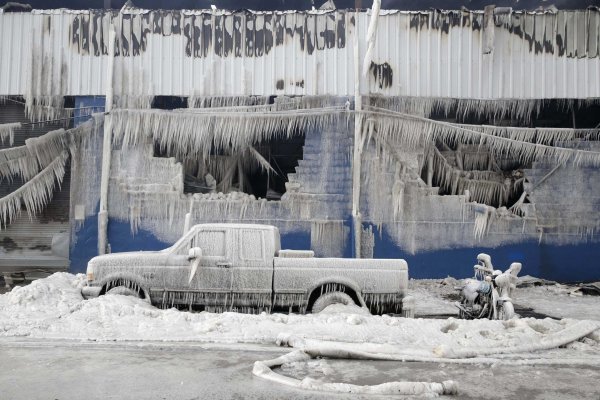 Firefighters Battle Massive Blaze Amid Freezing Temperatures in NYC
Next Up: Editor's Pick