The White House said on Friday that parents should be “listening to our public health officials,” who urge vaccinations against measles, as it emerged the disease has now infected more than 100 people in the U.S.

White House Press Secretary Josh Earnest said that President Obama thinks parents should ultimately make their own decision whether or not to vaccinate their children, Reuters reports, but added that the science clearly points to vaccinating.

“People should evaluate this for themselves with a bias toward good science and toward the advice of our public health professionals,” said Earnest.

According to new numbers from the California Department of Public Health, 91 of the confirmed cases are in California, ground zero for the recent U.S. measles outbreak that began in December.

58 of those cases are believed to be linked to the December Disneyland outbreak, where it likely arrived from overseas. Measles has quickly spread to 13 other states—Arizona, Colorado, Illinois, Minnesota, Michigan, Nebraska, New York, Oregon, Pennsylvania, South Dakota, Texas, Utah and Washington state—and Mexico.

Measles was wiped from the U.S. in 2000, but CDC health officials say it’s back because some people aren’t getting vaccinated. The New York Times published interviews Saturday with several parents who oppose vaccination for their children; one woman, Kelly McMenimen, told the newspaper that she “meditated on it a lot” about the vaccine but decided she didn’t want “so many toxins” entering her 8-year-old son.

The majority of new measles cases are in people who aren’t vaccinated, and California is especially vulnerable. Once a baseline vaccination rate dips below 95%, a community becomes less protected against the disease—and California is now at 92%. 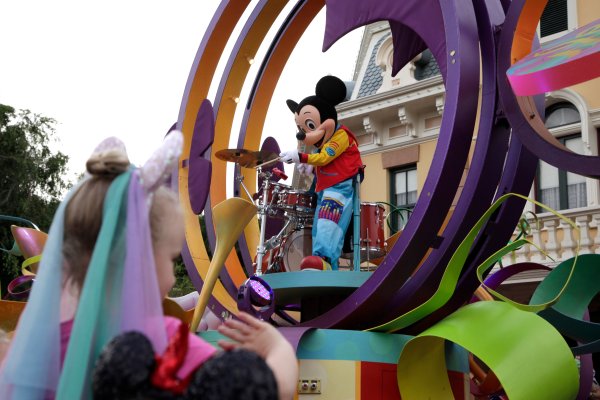