Hagel: Ground Troops May Be Needed in Iraq

Hagel, who resigned as Pentagon chief on Nov. 24, told CNN in an interview Friday that he thinks the deployment of American troops for intelligence-gathering and locating targets is a possibility, reports Reuters.

He said he wasn’t sure, however, that it would come to that. “I would say we’re not there yet,” he said. “Whether we get there or not, I don’t know.”

Currently, 4,500 troops are already committed to roles in Iraq including training and advising. President Obama sent reinforcements to Iraq in advising roles in September. 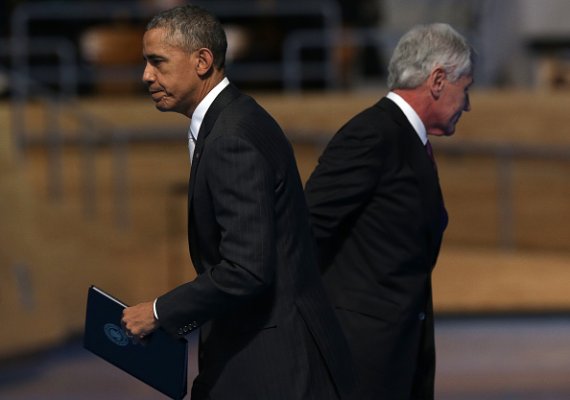 Obama's Awkward Farewell to Hagel
Next Up: Editor's Pick