You might have heard that the movie version of the notorious book Fifty Shades of Grey is coming out on Feb. 13. In case you’ve been in away in another galaxy, this is the adaptation of the hit novel, released in 2011, that explores some, uh, non-standard boudoir practices.

TIME got an early look at the movie, and a chance to talk to its stars, Jamie Dornan and Dakota Johnson, about which scenes were the most difficult for them to shoot — and it’s not necessarily the ones you might think.

“Anyone will tell you that sex scenes, regardless of the content of the film, are always a tricky experience and relatively uncomfortable,” says Dornan, who plays Christian Grey. “But I guess the scene that had for me personally the most pressure on it, was the interview scene.”

This is an early scene in the film where the main protagonist, Anastasia Steele, arrives to do an interview with Grey for her college paper; she’s filling in for her college roommate, who has the flu. In movie parlance, it’s called the meet-cute. “It’s the first time that we see Christian, and we see him in his highly impressive office, very much in charge and in a position of power,” says Dornan. “And all of that has to come across, but we also have to quickly feel the connection between the two right away.”

Dornan notes that the cast had two days to shoot the scene, “which means that I wasn’t the only one thinking that we really needed to get it right.”

Johnson, perhaps not surprisingly, found one of her scenes in Grey’s bondage lair the most taxing. “There’s a scene in which Christian uses a flogger on Anastasia,” she says. “Filming a sex scene is not a sensual or pleasurable environment. It’s really hot — not in a steamy, sexual way. It’s just sweaty and it’s not very comfortable. And on top of that, my hands and legs were tied, and I was blindfolded, and I was being hit with this bizarre tool.”

Not only did Johnson have all her senses taken away, but she had to do the scene several times, for several hours. How did she handle it? Not as badly as many of us might have. “It was emotionally taxing,” she says. “At first I was like, ‘Oh my God, this is the worst thing ever,’ and then I was like, ‘All right, let’s get on with it.'”

Read next: Fifty Shades of Grey Director Cut the Book’s Most Talked-About Scene 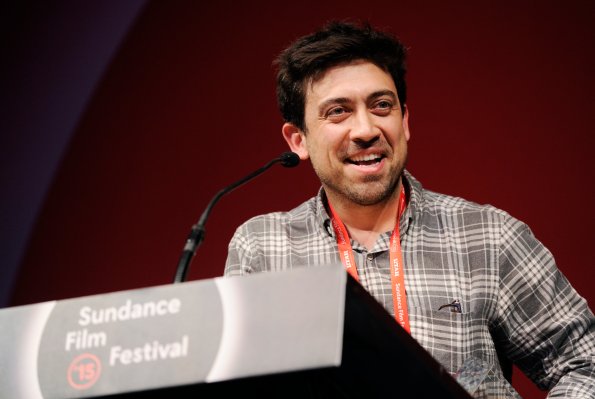 Me and Earl and the Dying Girl Wins Big at Sundance
Next Up: Editor's Pick