Why Microsoft Would Invest in an Android Startup

Microsoft is reportedly set to invest in a startup building its own version of the Google-owned Android mobile operating system.

Microsoft will hold a minority stake in Cyanogen, which rewrites Android’s open-source code and offers it as a souped-up alternative to Google’s version of the platform, the Wall Street Journal reports. Some 50 million devices currently run Cyanogen’s Android, while CEO Kirt McMaster says his army of 9,000 volunteer programmers are reshaping the software into a superior product.

“We’re going to take Android away from Google,” McMaster told the Journal.

That raises a few intriguing question about Microsoft’s investment — such as:

Why should Microsoft care about this startup?

Google currently dominates the mobile market. Roughly 84% of the world’s phones come pre-installed with Android, according to estimates from IDC. That means a vast majority of phones come pre-packaged with Google apps. Unbox the phone, and there they are the home screen. The user can always download rival apps, but who’s going to take the time to download Microsoft’s apps when Google’s are already there?

How did Google come to dominate the home screen?

Google gives away Android’s source code for free, even to rival device manufacturers. But the giveaway comes with a few strings attached. If device makers want access to Google’s most popular apps, such as Search and the Google Play store, they have historically had to sign agreements to place those apps “immediately adjacent” to the home screen, according to signed contracts reported by the Wall Street Journal.

Cyanogen’s version of Android, however, would release device makers from those contractual obligations. That would mean if Microsoft made hardware running Cyanogen’s Android, it would be freed up to put its on apps front and center.

Can’t Microsoft just puts its apps on the phones it already makes?

Sure, but Microsoft’s Windows Phones comprise only 3% of the global market. That’s why Microsoft has recently unleashed its flagship apps for iPhone and Android phones. Apple iPhone and iMac users have already downloaded Word, Powerpoint and Excel more than 80 million times to date. Now that its apps are in a polygamous relationship with rival devices, Microsoft might want to ensure they get front and center on all devices.

Will Google let that happen?

Probably not without a fight. The whole purpose of the free Android giveaway is to route as many users as possible to its search pages, where it gets millions of eyeballs on its advertisements — and Google’s ad business, especially on mobile, is already showing weaknesses. 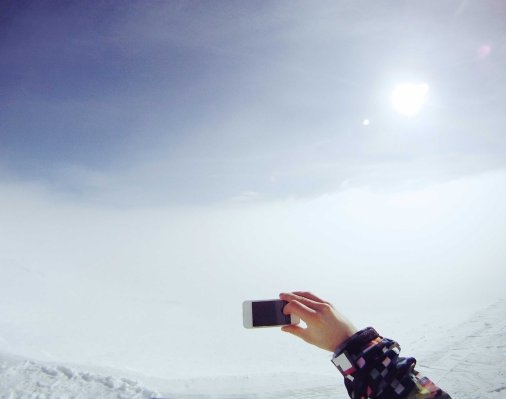 Winter vs Your Phone
Next Up: Editor's Pick