A logo sign at the headquarters of Microsoft in Redmond, Wash.
Tripplaar Kristoffer/SIPA—AP
By Daily Dot

After Microsoft acquired email app Accompli for $200 million in December 2014, the endgame for the acquisition was pretty clear: use the established email client to bring Outlook to Android and iOS.

Outlook has been noticeably absent for mobile, especially as the rest of the Office suite has made its transition to the non-Windows platforms. While it doesn’t have the fanfare that a Gmail has, nor the new glow of all the messaging apps that threaten the concept of email entirely, Outlook has plenty of dedicated users who have adopted the email client as a way of life. It is as common in the workplace as any office supply.

Now it can finally be a part of Android and iOS user’s mobile desk. Given how ubiquitous Outlook is for people working for companies and organizations that swear by the platform, downloading the app will be inevitable. Will it also be painful? Here’s what you’ll love (or hate) about the new Outlook app.

Outlook has never really conquered mobile. While millions may use the Microsoft-made email client, phones from the company spend more time on the shelf at the store than in people’s pockets. Even Windows diehards have an Android or Apple handset. Ever since Microsoft has stopped trying to punish those people by withholding their products from them and instead embracing them, they’ve racked up over 80 million downloads.

Outlook will increase those totals and probably would have made more sense as the first app to make the jump instead of the last. Then again, it’ll also help push people away from the desktops and laptops running Windows. And suspiciously, the new Outlook isn’t available for Windows Phone users yet. Could Microsoft be abandoning the hardware business altogether to focus on making apps?! 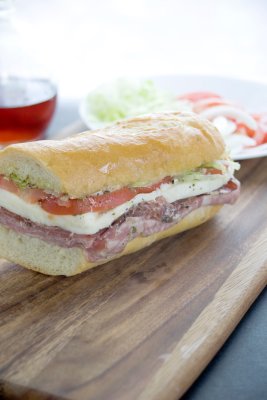 This App Rewards Students With Food for Not Checking Their Phones in Class
Next Up: Editor's Pick