What Uber Still Won't Say About Your Data

Uber, the massively popular car-hailing company, has acquired a reputation for being overly cavalier about data privacy. Last November, Uber vice president Emil Michael suggested investigating journalists critical of Uber to find dirt in their “personal lives.” A venture capitalist said his private location data was broadcast to a large audience at a Chicago Uber launch party. And a Buzzfeed reporter in November was tracked on her way to an interview with New York’s top Uber executive.

Uber has since refocused its attention on riders’ privacy, rewording its data policy and hiring an outside attorney to conduct an investigation.

“At Uber, protecting the personal information of riders is a core responsibility and company value,” said Uber CEO Travis Kalanick in a Friday statement. “Delivering on that value means that privacy is woven into every facet of our business, from the design of new products to how we interact with riders, drivers and the public at large.”

The results of that audit were released Friday. The investigation, led by Harriet Pearson, a Washington, D.C. attorney at Hogan Lovells with an impressive history of arbitrating privacy and security issues, agreed with Kalanick’s own assessment: Uber has a strong privacy policy. Her six-week investigation at Uber involved reviewing hundreds of documents and interviewing Uber’s leadership. It ultimately resulted in an exculpatory report that Pearson called “comprehensive.”

“In our view, Uber has dedicated significantly more resources to privacy at this point in its age as a company given its sector and size than other companies that we’ve observed,” said Pearson in an interview with TIME. Uber is about six years old, it’s valued at more than $41 billion.

The saga has raised important questions about how private companies access our personal information, from our credit card data to our precise location. A lot of Uber’s data can be really useful: The company uses it to settle internal disputes, fix bugs or help cities plan traffic patterns, as it has done in Boston, for example.

But in the age of the Snowden National Security Agency revelations, consumers are particularly sensitive about how their personal information is used. Uber has promised to follow the report’s recommendations, such as expanding employee training and making its policies more transparent. But the audit still left some questions unanswered, according to Bruce Schneier a fellow at Harvard University’s Berkman Center for Internet & Society.

“I saw nothing in their statements” to alleviate privacy concerns, says Schneier of Uber’s report. “Anytime you put this kind of surveillance power in peoples hand, they look up their enemies and friends… If the culture is not, ‘we don’t do this,’ than you do it.”

Here’s what we still want to know more about.

How many employees at Uber can see my personal data?

Uber says access is limited to employees who have a reason to need it, like those investigating fraud, answering user-driver inquiries or conducting trip analyses, said Katherine Tassi, Uber’s managing counsel for privacy, in an interview. But Tassi doesn’t have an exact figure.

“There’s no one particular number of employees that have access to user data,” she said.

How does Uber prevent its employees from looking at my data?

Uber gives employees access to customer data based on their responsibilities, while others are locked out through technical controls. “We noticed those kinds of controls at various levels” at Uber, said Pearson.

The report indicates Uber uses a combination of passwords, informal rules and employee monitoring to restrict access. In any case, according to Pearson, the company has a well-developed system for monitoring who is accessing your data and when.

Not fully. “We’re not going to comment on those specific instances that were in the press, but in general, we’re an organization of human beings and human beings make mistakes,” says Tassi. Pearson says her investigation only examined Uber’s privacy program and its structure, not particular incidents. So we don’t actually know how common it is for Uber employees to tap into your data, despite the company’s policy.

Do Uber employees ever get in trouble for doing fishy things with users’ data?

Uber won’t say. We know that Uber “disciplined” New York executive Josh Mohrer in November for tracking that Buzzfeed reporter’s ride, but we’re not sure how. Other than that, we don’t have any evidence Uber employees committed any other privacy violations.

Are Uber employees taught not to spy on me?

Uber talks informally with its employees about protecting customer data. Employees get “communications” from the senior team on handling riders’ data, Tassi said, and new Uber hires have to accept the company’s data access policy.

But when pressed, Uber didn’t say whether there’s a formal training program for employees, merely saying it was “in early stages of development.” That training “needs further formalization,” said Tassi. 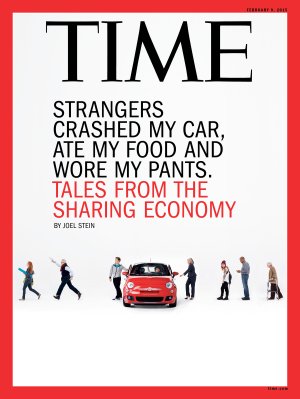 5 Things You Never Knew About the Sharing Economy
Next Up: Editor's Pick