What Biggie Smalls's Accountant Taught Me About Life

Bert Padell talks behind a tower of signed baseballs on his desk in his office in New York on Sept. 28, 2005.
Gregory Bull—AP
By Andrew Medal / Entrepreneur

Remember this song by 112 feat. B.I.G. and Mase, “Only You?” In Biggie’s first verse he says, “Room 112 where the players dwell. And, stash more cash than Bert Padell, inhale.” Padell was his accountant, I bet you didn’t know that. Apparently, they had a pretty tight bond as Padell was mentioned in more than one interview.

In 2010, I was helping build a little startup called Progenex (the company has since gone on to become the title sponsor of the Reebok Crossfit Games, and the number-one nutrition product across the entire sport of Crossfit, but that’s another post). We were in an aggressive capital raise to launch and scale the business. I flew out to New York to track down some “big money players” with the team.

I met a long, odd list of interesting people during that trip. None of those people stood out to me as much as Padell.

Padell has a long list of a high profile clients. Referred to and known as “Accountant to the Stars,” Padell’s client list is a who’s who of every popular celebrity and athlete since the mid 1900s. It includes every player on the New York Yankees since the 1930s, Madonna, Robert DeNiro, Alicia Keys, Ja Rule, Faith Evans, Run DMC, Diddy, Wycleff Jean, Russell Simmons, Lou Panella, Carl Banks, Mary J. Blidge, Toni Braxton, the list goes on and on.

I remember walking into Padell’s Manhattan penthouse office and being utterly amazed. His office looked like a museum of celebrity memorabilia. Before sitting and discussing business he gave us a tour of his penthouse museum. He showed us Babe Ruth’s original signed contract with the Boston Red Sox. He showed us a baseball display of endless Joe Dimaggio baseballs, and explained that he had signed Joe Dimaggio’s signature so many times (seeing as he was his accountant), that his version of the signature was more authenticated than Dimaggio’s.

Read more: From Oprah to the Kardashians: 6 Celebrity-Inspired Business Lessons

He showed us pictures with every relevant celebrity and athlete since as far back as the 1930s, from the Rat Pack to Britney Spears. There were gold records signed by anyone and everyone in the music business, baseballs, posters, jerseys, all sorts of movie memorabilia. It was very impressive and showed us the vast range of high profile clientele Padell was accustomed to dealing with.

We had our meeting, and before leaving I remember turning to Padell and asking him a question. I was 25 at the time, and intrigued by what I considered to be his “wild success.” I asked him, “if there was one piece of advice you could give me about having a successful career, what would it be?” I’ll never forget what he said.

He then passed me a signed copy of his latest book, and we left. I haven’t seen him since then, but his advice has always stuck with me. It’s great advice, not just for business, but for life. Building a successful business from the ground up isn’t easy, and it takes hard work. He started off as the towel boy for the Yankees and over an entire lifetime became “Accountant to the Stars.” 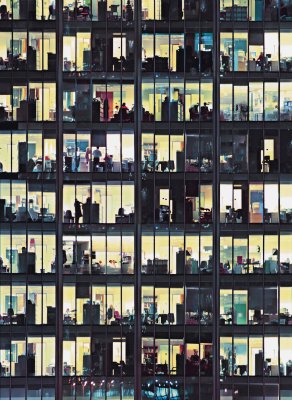 Here's How Working From Anywhere Is Changing Everything
Next Up: Editor's Pick