Oakland Raiders quarterback Daryle Lamonica (3) rolls out of the pocket during Super Bowl II, a 33-14 loss to the Green Bay Packers on Jan. 14, 1968, at the Orange Bowl in Miami, Fla.
Fred Roe—NFL/Getty Images
By Dan Kedmey

Perhaps the earliest recorded gripe about a Super Bowl commercial ran in TIME Magazine in 1968, shortly after 70 million Americans had tuned into Super Bowl II.

“One ‘promo’ actually ran right through a kickoff,” wrote TIME’s critic. “Paid commercials also got in the way—but it was easy to see why. Commercial time for the Super Bowl telecast sold for an unprecedented $150,000 a minute.”

By 1977, commercial time sold for $250,000 a minute. It cleared the $1 million mark by 1985. Three decades after that, the going rate was $9 million. At these astronomical sums, advertisers are not just buying time between the plays, but also influence over the entire event. TIME’s earliest Super Bowl critic may have spotted their clout early on, but really he had no idea what was to come.

Advertisers have nudged the game’s location, kick-off times and duration in their favor. Pontiac, Mich., might have seemed like an unlikely location for Super Bowl XVI in 1982. “The Midwestern city (pop. 76,000) is a near disaster area,” wrote a reporter for TIME, but the city had powerful backers; a “full roster of ad-firm chieftains” from Michigan’s automotive sector. They reminded the Super Bowl Committee of their “dedication” to the game, a not so subtle reference to their $1 billion outpouring of ad revenue. “It was like whacking a donkey with a two-by-four,” one Detroit-based ad executive told TIME. “It got their attention.”

By 1986, NBC would pay homage to advertisers with a moment of silence. Halfway through the pre-game show of Super Bowl XX, at 4 p.m., the talking heads would fall silent. “As a clock onscreen ticks off the seconds, viewers will be able to race to the refrigerator or bathroom without missing any of the action — or the commercials,” wrote TIME.

“The medium that once simply covered America’s favorite sports has virtually taken them over,” TIME had opined by 1990. By then, the fusion of sports and commerce was unmistakable. “As the money keeps growing, so does TV’s determination to get the most from its investment by orchestrating the show for maximum viewer appeal…Starting next season, pro football will add two more teams to the play-offs and, by the fall of 1992, two more weeks to the season. That will probably push the Super Bowl into February, which just happens to be a ratings ’sweeps’ period.”

Before long, the commercialization of the Super Bowl had become received wisdom, barely worth arguing. TIME’s writers turned their attention to the commercials themselves as cultural events. The classic Mac ad, in which a woman hurls a sledgehammer through a big screen TV broadcast of a barking dictator, “established the Super Bowl as the unofficial high holiday of capitalism,” wrote TIME’s TV critic James Poniewozik in 2000, “the launch pad for baroque, high-profile ads that today generate more excitement than the game.”

Commercials even launched careers and cottage industries. The original 1970’s choristers who sang Coca-Cola’s blockbuster anthem, ”I’d like to teach the world to sing,” for a $50 fee, reprised their roles at the 1990 Super Bowl. They brought their children in tow, and this time demanded residuals.

Spuds MacKenzie, Budweiser’s canine mascot, spawned a mini craze for bull terriers. Some specimens fetched prices upwards of $1,200. “Inquiries are up 75% at Jerry’s Perfect Pet Shop in Dallas,” TIME reported in 1987. “Customers in St. Louis are so bullish that Petland had to put the dogs on back order.”

TIME’s Jay Chiat imagined the future of advertising for Super Bowl LIV, in 2020, where advertising suffuses every inch of the screen. “The Microsoft Mustangs are playing the GM Generals at Cisco Stadium in a town called Ciscoville — formerly known as Philadelphia,” he wrote. “Corporations will pay big money for the right to digitize logos onto the T shirts of the fans in the stands.”

It may sound far-fetched, but then consider how far commercials have come since TIME’s original 1968 complaint that commercials “got in the way.” Two decades later Cincinnati Bengals coach Sam Wyche would urge his team, shortly before they took the field at Super Bowl XXIII, ”Go for that shaving-cream commercial you’ve always wanted.” 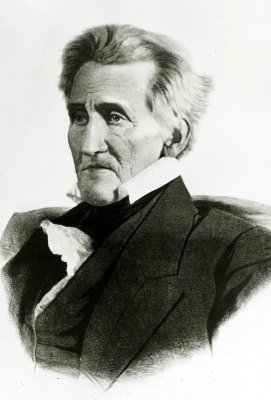