Jay-Z attends the Miami Heat vs Brooklyn Nets game at Barclays Center on May 12, 2014 in the Brooklyn borough of New York City.
James Devaney—GC Images/Getty Images
By Victor Luckerson

Business mogul Jay-Z has a new acquisition to add to his collection of night clubs, clothing lines and luxury champagnes. The rapper’s company, Project Panther Bidco, is picking up European streaming music service Aspiro for $56 million, according to Reuters.

But while the Oslo-based service has managed to rack up 580,000 paying subscribers in Europe with a Spotify-like service, the company’s bet on high-priced, high-fidelity music streaming isn’t likely to take the world by storm.

Back in October, Aspiro launched Tidal, a new service for the U.S. and U.K. that offers millions of songs in a high-fidelity, lossless FLAC format, with essentially the same audio quality as CDs. Tidal boasts a library similar in scale to Spotify’s, but its tracks are higher in audio quality. That improved quality comes at a price: Tidal costs $19.99 per month, while Spotify’s ad-free version is $9.99 per month.

And if the last 15 years of the music industry’s fortunes tell us anything, it’s that people don’t want to pay more for high-quality audio files.

An entire generation of music lovers have now grown up without being regularly exposed to CD-level audio quality. Whether ripping CDs to create low-fidelity MP3s, downloading compressed audio files off of iTunes or streaming tracks from Spotify, most young music listeners have gotten used to low-bitrate listening. Audio quality on YouTube varies wildly and is often quite poor, but it’s still the most popular way for teenagers to listen to music.

Moreover, convincing people to pay $9.99 per month for music is already a tough sell, let alone $19.99 per month. Only about a fourth of Spotify’s 60 million users pay for the service, and it’s the platform with the largest paid user base by far. The industry may never convince fans to pay $120 per year (or in the case of Tidal, $240 per year) en masse considering that even at the music industry’s peak in 1999, music buyers were only spending $64 per year on songs, according to an analysis by Re/code.

(Read more: 8 Spotify tricks that will change the way you listen to music)

Of course, there is a precedent for a previously price-sensitive market suddenly being flooded with popular premium products. Dr. Dre and Jimmy Iovine convinced millions of consumers that their flimsy iPod earbuds weren’t good enough. They have since created a billion-dollar empire selling expensive Beats headphones that produce higher-quality sound. Like Beats, Tidal will now be helmed by a big-name music star who is also a deft marketer. Perhaps Jay-Z will find a way to make high-fidelity audio cool, too.

But with so many competitors crowding the market and offering, to the layman’s ears, more or less the same product—25 million or so songs that you can stream whenever you want—it’ll be a challenge to lure customers at a higher price. Aspiro and Tidal may find a successful niche among audiophiles, but Jay-Z’s new music service probably won’t unseat the industry’s giants. 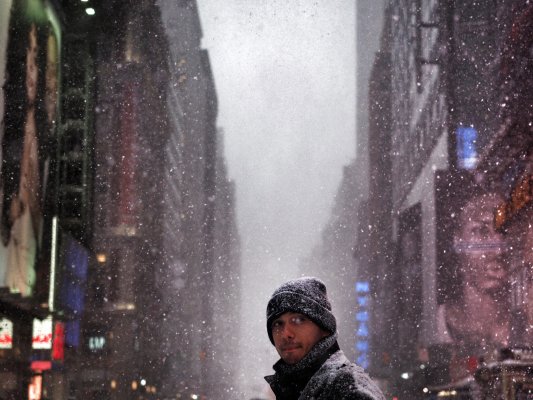 Can We All Shut Up About the Weather for a While?
Next Up: Editor's Pick