Should I Drink Seltzer Water?

Seltzer—also known as bubbly water, carbonated water, soda water and sparkling water—comes with as almost as many health myths as it does names. Does it leach calcium from bones? Or destroy the enamel of teeth? Will water plus carbon dioxide equal certain death?

You’re in luck. Seltzer is one of the rare instances where something you love drinking isn’t bad for you. All of our experts say bottoms up to bubbles.

Most obviously, seltzer’s a great soda alternative, since it lacks the calories and sugar of sweetened carbonated drinks. Switching to unsweetened bubbles is a healthy step for anyone, says Laureen Smith, PhD, RN, associate professor at the Ohio State University College of Nursing, who’s studied how to get kids to stop drinking sugary sodas. “For those who choose carbonated sodas, it may provide the sought-after carbonation without the sugar,” she says.

It won’t weaken your bones, either. In one study, Douglas Kiel, MD, associated professor of medicine at Harvard Medical School found that cola was associated with lower hip bone density in women—but not other carbonated drinks like seltzer. Other studies, like this one by Robert Heaney, MD, professor in the Creighton University School of Medicine in Nebraska, also found that carbonation did not leach calcium from bones.

Both agree that seltzer is a safe bet. (And both bone researchers add, predictably, that milk is the best choice of all as an alt-water beverage.) “It’s not harmful,” Heaney says of seltzer. “But if it displaces a beneficial beverage, such as dairy milk, then that’s not good.”

Your fear of weakening enamel is also nothing to worry about, according to one study that tested sparkling waters on extracted human teeth. Levels of erosion were very low.

It might even help you drink more water, according to the findings of one study, in which people who made carbonated water at home drank significantly more total water than people who didn’t make their own water. Seltzer-drinkers also ate less fat. That would make sense to Smith, who adds that bubbles can make you feel full.

So should you insist on sparkling? If you like the taste and you don’t mind paying for water, then go for it. Professor Adam Drewnowski, PhD, director of the Center for Public Health Nutrition at the University of Washington, has studied the demographics of water drinking in the U.S. and determined that seltzer graces the glasses of the rich. “Seltzer is just plain tap water going upscale,” he says. “My answer is drink up and don’t worry about it.”

Read next: Should I Drink Diet Soda? 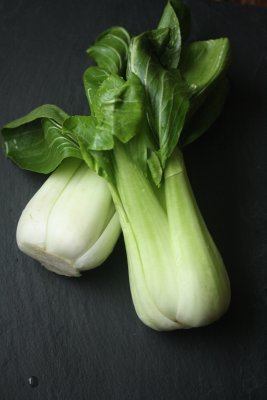 6 Vegetables to Love That Aren’t Kale
Next Up: Editor's Pick