Not your friend: The measles virus—highly magnified—is exceedingly easy to transmit
Dr. Gopal Murti/Visuals Unlimited
Ideas
By Jeffrey Kluger
Jeffrey Kluger is Editor at Large for TIME magazine and the author of ten books, including Apollo 13, Apollo 8 and two novels for young adults. He has written more than 40 cover stories for TIME on topics ranging from space to human behavior to climate to medicine. Along with others at TIME, Kluger is an Emmy nominee for the web series A Year in Space.

Vanity doesn’t die; misinformation doesn’t die; arrogance and narcissism and opportunism don’t die. But you know what does die? Children. That’s worth keeping in mind as the latest carnival barker from the anti-vaccine community steps up for his ignoble hour of attention.

The new medical reprobate is Dr. Jack Wolfson, an Arizona-based cardiologist and practitioner of holistic medicine. Until recently, he was a largely unknown character—which was a very, very good thing. But in the wake of the California measles outbreak that originated in Disneyland and has so far infected 93 people in eight states and Mexico, he has picked up the megaphone of social and mainstream media to inveigh against vaccines as unsafe, unnecessary, stuffed with toxins and, well, never mind. You know this drill.

The vaccines he condemns would, of course, include the measles vaccine, which was not widely available before 1980 when 2.6 million people died of the disease each year, and which, when it did become available, quickly slashed that death toll by 99.4%. Measles was declared eradicated in the U.S. in 2000—but even now, 1,000 people are being monitored in Wolfson’s own state for possible exposure to the Disneyland strain, which got a toehold in the first place only because of the nation’s falling vaccination rate.

But never mind that. Wolfson has junk science to sell, and he’s going to sell it. “We should be getting measles, mumps, rubella, chicken pox, these are the rights of our children to get it,” he told the Arizona Republic.

“Don’t be mad at me for speaking the truth about vaccines,” he told The Washington Post. “Be mad at yourself, because you’re, frankly, a bad mother. You didn’t ask once about those vaccines. You didn’t ask about the chemicals in them.”

CNN inexplicably afforded Wolfson the familiar split-screen, point-counterpoint platform to argue the vaccine issue with another doctor—as if there were any argument to begin with. The network touted the exchange on CNN.com as “Fiery Vaccine Debate,” which likely earned the site some clicks and gave Wolfson a patina of legitimacy in return.

The thing is though, he’s not legitimate—not as a person whose vaccine advice should be heeded at least—as the agitprop nonsense he offers on the alternative medicine site Health Impact News reveals. Concerned parents and health care providers should not be angry at him for selling his anti-vax bill of goods, he repeats. Instead, “Be angry at food companies. Sugar cereals, donuts, cookies, and cupcakes lead to millions of deaths per year. At its worst, chicken pox killed 100 people per year. If those chicken pox people didn’t eat cereal and donuts, they may still be alive.”

You should be angry at the people who make Bounce and Downy too, because, “You and your children are wearing and breathing known carcinogens” contained in the laundry sheets and fabric softener. “These products kill more people than mumps.”

But most of all, be angry at yourselves, you parents who vaccinate. Why? Because, “Let’s face it, you don’t really give a crap what your children eat. You don’t care about chemicals in their life.”

There is so very much more wrong with Wolfson and the rubbish he’s selling. There is his supposedly unanswerable riposte about the irrelevance of polio. “Where are all those 80 year olds crippled by polio?” he asks. “I can’t seem to find many.” That’s right, you can’t, because the disease has been vaccinated into extinction in all but three countries in the world. If you were looking around before 1955 you’d see plenty of them.

There is his similar dismissal of measles. “What we’re really talking about is just a fever and a rash,” he says. Yes, a fever and a rash that still kills 145,700 unvaccinated people per year. And what does 145,700 people look like? Picture four sold-out Fenway Parks. Now kill all of those people—mostly children. Every year.

Wolfson, like most anti-vaxxers, rails broadly and emptily at the “chemicals” in vaccines and argues that we shouldn’t be putting them into our children’s bodies. But arginine and alinine and octene and hexanal and 2-methyl butyraldehyde are chemicals too and they’re just five of the 73 you put in your body every time you eat a blueberry. Chemicals are not, by definition, bad things. Wolfson similarly rhapsodizes about “nature,” setting it in make-believe opposition to things that are synthetic or invented and therefore, by binary definition, are bad. But as he himself argues, viruses are part of nature, as are bacteria, and as is every other disease that could kill you or your children before your time. In some cases, the whole point of medical science, to paraphrase William Buckley, is to stand athwart nature shouting “Stop!” If you want your nature pure, you’re free to die young.

At least one Arizona pediatrician, according to The Washington Post, is already talking about reporting Wolfson to the Arizona Medical Board, and that’s not an empty threat. Simply taking a contrarian position or advocating for dubious but do-no-harm nostrums is unlikely to get you in trouble with the licensing authorities. But making an argument that is wholly, empirically, medically wrong, and doing so in a way that could actually induce real parents to refuse to vaccinate real children is something that’s demonstrably dangerous.

The state’s medical board standards for disciplining members are exceedingly broad, authorizing action against a doctor who, among other things, “may be guilty of unprofessional conduct.” It would be up to the board itself to define that, but it’s not a leap to think they would do so in a way that would apply in this case.

If there’s anything good about the rise of Wolfson, it’s that it’s a sure sign the anti-vaxxers’ bench is getting thin. He lacks the telegenic sizzle of a Jenny McCarthy. He lacks the one-time credibility of an Andrew Wakefield, whose fraudulent 1998 paper got the phony vaccines-autism link started. The paper has now been retracted and Wakefield has been stripped of his license to practice medicine. 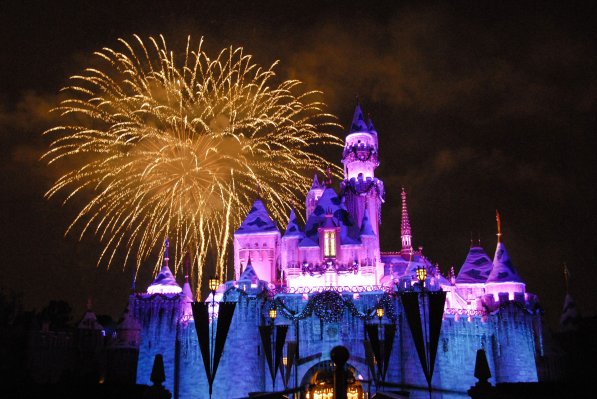 Disneyland: Latest Victim of Anti-Vaxxers
Next Up: Editor's Pick