Israeli Prime Minister Benjamin Netanyahu has long found a large welcome mat at the doors of the U.S. Congress, particularly when it comes to his interest in talking about Iran and its nuclear program, When he gave a speech to Congress on the subject in 2011, he was given 29 standing ovations – four more, many noted, than President Barack Obama received in his State of the Union address that year.

The reaction in Israel to Netanyahu’s next visit has been quite different. The Prime Minister was invited by Republican Speaker John Boehner to speak before Congress on Mar. 3, two weeks before the Israeli premier is up for re-election. The focus of the address would be the Iranian nuclear issue, in particular, Netanyahu’s call to Congress to impose further sanctions on Iran. As the Obama administration is pursuing negotiations with Iran, Netanyahu’s intervention is seen as antagonistic.

Obama made clear this week that he would not be seeing Netanyahu during his visit to Washington, telling CNN’s Fareed Zakaria he would never meet with a visiting leader two weeks before their country goes to the polls because he considers it “inappropriate.”

Critics in Israel have attacked Netanyahu for putting his personal political interests above the interests of his country and for jeopardising the U.S.-Israel special relationship by getting involved in U.S. politics.

“Israel’s leaders have always cherished and protected its relations with the United States, understanding that they are of utmost importance for our country’s security,” says Stav Shaffir, a member of Israel’s parliament from the opposition Labor Party, which recent polls show having a slight lead over Netanyahu’s ruling Likud party. “The fact that Netanyahu is willing to jeopardize Israel’s strategic interests for petty electoral gains casts serious doubt on his judgment and suitability to lead the country.”

Amos Yadlin, the former military intelligence chief who has joined the opposition — now running as the “Zionist Camp” as a joint slate of Labor and Tzippi Livni’s Hatnua party — has accused Netanyahu of turning Israel’s relationship with the U.S. into one of allegiance with the Republicans. “When we manage our relationship with the U.S., we have to manage it simultaneously with the President and Congress. The Prime Minister has made it into a partisan issue in the U.S., and we cannot let Israel become a problem for one party or the other,” Yadlin told Ynet, the news website of the Israeli newspaper Yedioth Ahronoth.

Haaretz, Israel’s broadsheet newspaper, carried a front-page article on Friday saying that as far as the Obama administration is concerned, Netanyahu is “toast.” In other words, even if he does win the Mar. 17 election, he can stop expecting automatic U.S. diplomatic support. Just a month ago, the U.S. used its power at the U.N. Security Council to block a vote for Palestinian state.

“You do not want to be ‘toast’ in the eyes of the American administration,” says Gadi Wolfsfeld, an expert in politics and communications who teaches at IDC Herzliya, a university in the Tel Aviv area. “America could turn away when the E.U. puts pressure on Israel. There’s lot of things Obama can do without directly confronting Netanyahu — there are subtle ways of punishing him and punishing Israel for this move, which are not going to be pleasant.”

According to reports, Netanyahu is working to convince Democrats of the importance of his speech, and they are trying to get him to reconsider. That might be wise, Wolfsfeld says.

“Some people have suggested that he should cancel. People would have to spend a few hours thinking of a creative way to do it, but that may be best, because I think both sides already realize that this was not their finest hour,” says Wolfsfeld. “Of course, when Netanyahu is standing there in front of Congress and receiving applause, it’s possible that he’ll once again be received as a powerful speaker and a great diplomat. But right now, considering the amount of backlash, if he had to do it over again, I’d be surprised if he’d do it at all.” 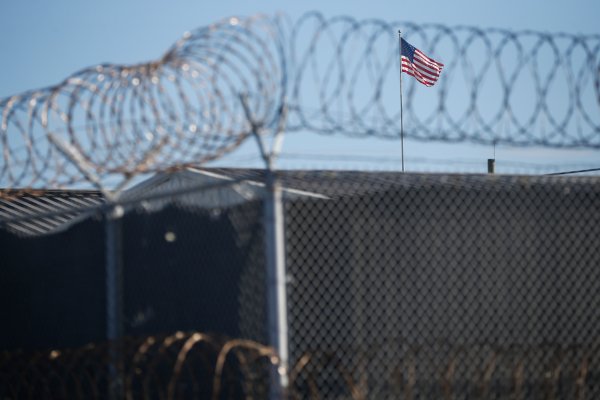 Guantanamo Detainee Exchanged for American POW Attempts a Return to Battle
Next Up: Editor's Pick