In this photo taken on Wednesday, Jan. 28, 2015, Jose Oulman Bensaude Carp, President of the Jewish community in Lisbon, waits to be interviewed by The Associated Press at the main Jewish synagogue in Lisbon.
Francisco Seco—AP
By TIME Staff

Portugal approved this week new rules for granting citizenship to descendants of the nation’s Sephardic Jewish community. The landmark move was first proposed two years ago, but had stalled in the absence of cabinet approval.

Under the Inquisition, which ravaged Portugal and neighboring Spain in the 15th and 16th centuries, Sephardic Jews were expelled, forced to flee, or risked death if they did not recant and convert to Christianity.

“There is no possibility to amend what was done,” said Portuguese Justice Minister Paula Teixera da Cruz, terming the new legislation “the attribution of a right.”

The Portuguese government acknowledges Jews inhabited the region before the nation as we know it today was even created. However, in order to obtain a passport, Sephardic Jews must provide strong evidence of ancestral ties to Portugal through their last names, Portuguese language use, or direct lineage to Portugal’s current Jewish minority.

Many in the diaspora still speak Portuguese in their households, despite being forced to leave the region after targeted religious pogroms on the Iberian peninsula. 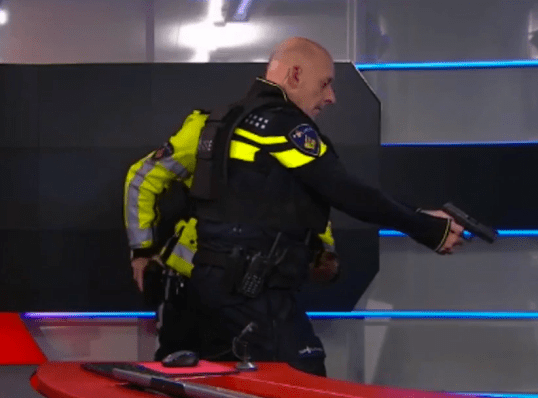 Dutch Police Confront Gunman Who Broke Into TV Studio
Next Up: Editor's Pick