The packaging process at the Amazon fulfillment center in Tracy, Calif. on Nov. 21, 2014.
Stephen Wilkes For TIME
By Andrew Nusca / Fortune

The fourth quarter earnings report for Amazon is in, and it’s caught analysts by surprise.

Amazon reported earnings per share of 45 cents, handily beating expectations of 18 cents, on revenues of $29.33 billion, up 15% but missing expectations of $29.68 billion. The company turned a profit of $214 million, a slight decline from the same quarter a year ago but a stark reversal from last quarter.

Here’s what you need to know about its latest earnings report.

What you need to know: The Internet retailer spooked investors last quarter by missing expectations on both earnings and revenue and offering bleak guidance for the quarter. We’re seeing a shift here, and it’s nearly all upside: the company’s shares were up more than 10% in after-hours trading.

As for guidance, Amazon expects net revenue for its fiscal first quarter 2015 to be between $20.9 billion and $22.9 billion—growth between 6% and 16% compared with the same quarter in 2014—and operating income to be between $50 million and a loss of $450 million. The figure includes about $450 million for stock-based compensation and amortization of intangible assets.

The big number: 53%—the increase in paid membership, worldwide, for Amazon’s Prime service that combines delivery of physical goods and digital media. The company sunk billions into Prime’s shipping component and another billion into its Instant Video component.

“When we raised the price of Prime membership last year, we were confident that customers would continue to find it the best bargain in the history of shopping,” CEO Jeff Bezos said in a statement. “The data is in and customers agree.”

What you may have missed: Amazon Web Services, the company’s cloud computing arm, saw usage growth of almost 90% compared to the same quarter a year ago. The money’s not far behind: Amazon’s “Service” revenues for the fourth quarter were up 38% year over year to $6.2 billion. 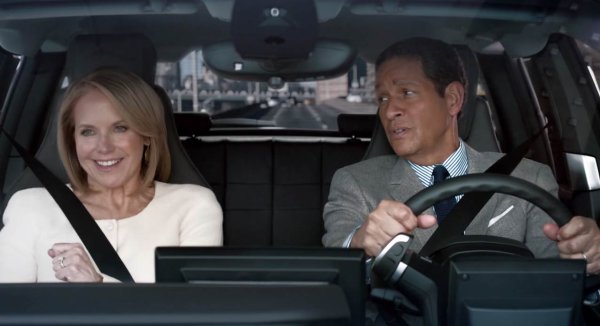 Katie Couric and Bryant Gumbel Grapple With Newfangled 'Internet' in BMW Ad
Next Up: Editor's Pick