The Americans Showrunners on That Shocking Death From Season 3's Premiere

Spoilers for the Season 3 premiere ahead

The Americans returned with a bang on FX last night. The first episode of the third season ended with Russian operative Annalise being strangled to death while having sex with Yousaf, a foreign intelligence operative, and her target. Fellow spy Philip enters the room too late to save her but then begins brokering a deal with Yousaf to cover up the incident. It was a reminder to audiences that the plot about Russian spies hiding in 1980s America continues to pack a punch. But it was also a reminder to the writers of the real impact of their fictional show.

Before the premiere, several secret screenings of the episode were held around the country. Showrunners Joel Fields and Joe Weisberg monitored the reaction to these events on Twitter and noticed that several people were tweeting about a certain screening where a few men in the audience began laughing during the horrific death scene. The inappropriate reaction ruined the screening for many.

“Then a couple people tweeted that after the screening, some women in the audience really took the guys to task for laughing during that scene,” Weisberg explains to TIME. “It was a really interesting reminder to us as writers of what powerful material we’re trafficking in. People have reactions after watching it—maybe some of those people aren’t mature enough to watch it. I’m not trying to shame the guys who were laughing, but maybe because someone told them off, it was a chance for them to learn from that experience.”

In short, he concludes: “These aren’t just dumb TV shows. It means something to people.”

Fields added that they look at sex and violence on the show as a way to reveal something about their characters and deepen their stories, not as a ploy. “The greatest surprise in that scene is what develops between Philip and Yousaf when Philip comes into that room,” Fields says. “They both brought such pain and realism to that loss that they were both responsible for.”

The creators say Philip and Elizabeth will continue to face even stickier situations this season. That’s bad news for the Russian spies, but great news for viewers.

Read Next: The Americans Puts Mother (and Father) Russia to the Test 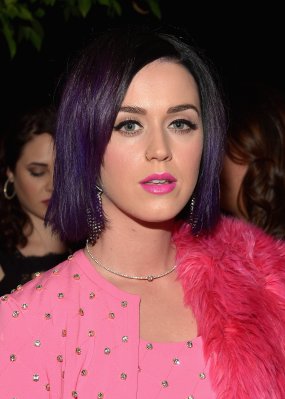 Why Taylor Swift Drama Is The Real Story of Katy Perry’s Halftime Show
Next Up: Editor's Pick