Review: Parenthood’s Finale Brings It All Back Home

Spoilers for the series finale of Parenthood below:

I’ve had Apple TV in my living room for a couple years now. The box is connected to my whole Apple ecosystem of media–music, videos, and my iPhoto library, which dates back to around when my first child was born, in 2001. When I leave it paused for a certain number of minutes, and it turns on a screensaver of random iPhoto pictures: thirteen-odd years of Halloween baby costumes, snow days, vacations, first days of school, floating down my TV screen in an endless rain of nostalgia.

I’m a sentimental sap when it comes to my kids. So it is, perhaps, not the wisest screensaver setting for me to have. One minute I’ve paused a video to make a pot of popcorn on movie night, and the next–whammo!–I’m confronted with the freaking eternal march of time, the hastening countdown toward my babies’ leaving home, the knowledge that I and everyone I love will age and one day die. Next thing I know, I have to explain why I’m wiping my eyes while watching Guardians of the Galaxy.

I should change the setting, of course. But I don’t. Because what’s the alternative? Not looking at those pictures? Not poking at those memories? Not feeling–as Don Draper put it pitching the Carousel–the pain from an old wound? Forget it.

That to me sums up the whole push-pull of watching Parenthood over six years. Fans of the show joke about how much we expect the next episode to make us cry, like competitive eaters psyching ourselves up to try the world’s hottest salsa. (Last week’s episode–which for God’s sake included a mother and daughter singing “The Circle Game” after which a dying man holds his newborn great-grandchild—was like a Cry Monster that a mad scientist would build out of things that make people cry.) Yet we go back, because whatever pain we respond to in a family drama like this one is a good pain, a necessary pain, a pain the only thing worse than which is its absence.

That is the pain that the series finale, “May God Bless and Keep You Always,” delivered expertly, employing a golf bag worth of emotional irons to do it. If, as the Shakespearean truism goes, comedies end in marriage and tragedies in death, then dramedy ends in both, and then some. So on top of Sarah’s wedding (which we knew was coming) and Zeek’s death (which Parenthood telegraphed all season), we had a passel of other life transitions: an adoption (on top of Amber’s recent childbirth), career changes, a graduation.

There was a lot to service, unsurprisingly, and “God Bless” sometimes felt like a bride at a reception, obligated to greet guest after guest without time to settle in too long at any one table. And yet it managed to feel full rather than rushed. It did this in part by returning to Zeek, who knew–as he all but admitted in his chat with Hank, as his kids knew, as we knew–that the wedding was his unofficial goodbye.

Kudos here to Craig T. Nelson, who with Bonnie Bedelia has often been overshadowed in Parenthood‘s kid-focused stories, but served as the finale’s emotional home plate, modulating the emotion behind Zeek’s reserve. The story returned to him one by one, as he gave Sarah his blessing, assured Crosby that he could run the Luncheonette, invited Amber to live with him and Camille. (That invitation was an echo of Sarah’s homecoming way back in the series’ beginning.)

The other unifying thread of the episode was Max’s photography, which both gave his Asperger’s journey some resolution–suggesting, for his his doubt and his parents’ worry, that has has an independent, fulfilled future ahead of him–and gave the episode license to follow his camera at the wedding, taking in the sweep of the stories it needed to wrap up. Above all, it suggested that he’s finding a place in the world and in the family, but on his own terms; while Kristina can’t let go of her concerns–she still wants him to “be in the picture,” socializing at the reception–his way of doing that is by being the camera. “The photographer needs to disappear,” he says, and yet that’s precisely what allows him to find a way to be comfortably present.

And it’s an important job on this show. Photographs have always been thematically important in Parenthood: they float over the titles like an iPhoto screensaver; a family portrait introduces Hank in season 4; and we’re with Camille, looking over Max’s photos, when she discovers Zeek slumped in his chair. (A beautifully staged moment; we don’t discover Zeek’s body so much as we watch her discovering it.) Photos are the perfect metaphor for Parenthood‘s sensibility: we say that they “capture moments,” but of course they’re affecting precisely because we know they don’t really capture anything. The moments keep moving at their own pace until, as for Zeek, they run out.

Zeek dies, but, to go back to the Shakespearean definition, Parenthood is not a tragedy. For all the Bravermans’ problems, what happened is precisely what’s supposed to happen: You’re born, you grow, you love some people, you help each other along, you die. Like any family drama, Parenthood tells an old story, but it’s done it with thoughtful attention to a central question: What is a family for? What is a parent’s job?

Answer, here anyway: to support but not smother; to help your children be better but allow them to be themselves; to cherish your kids while working toward goodbye. And hopefully, to leave them with a network of people who are stronger together than individually, an idea captured in Parenthood‘s final sequence, that tear-jerking yet uplifting family baseball game.

Back when the series started in 2010, I wrote that Parenthood was in a way about “an almost utopian fantasy,” a tight-knit family, living close by one another, available for games, meals and babysitting. Over six seasons, Parenthood‘s many twisty plots, some more absorbing than others, proved that it wasn’t all that easy. But it was also unashamedly sentimental about an ideal of family as a team; each has to go to bat alone, but all are available to back each other up.

Ending Parenthood on the diamond was in retrospect the only choice that made sense, not only because Zeek loved baseball, but because it’s a game whose object is to leave home–and in the end, to come back.

Read next: The 10 Best Episodes From NBC’s ‘Parenthood’ 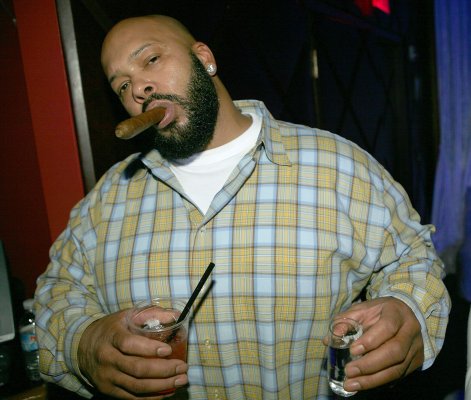