The Real Reason We're So Obsessed With Deflategate

Head coach Bill Belichick of the New England Patriots looks on from the sideline in the first half against the Indianapolis Colts during the 2015 AFC Championship Game at Gillette Stadium on Jna. 18, 2015 in Foxboro, Mass.
Elsa—Getty Images
Ideas
By Mark Edmundson
Mark Edmundson teaches at the University of Virginia and is the author of Why Football Matters: My Education in the Game.

What do we talk about when we talk about football? It’s worth asking the question now because, in the past few weeks, there has been more public talk about the game than at almost any time one can remember. We have the deflated balls that (maybe) brought the New England Patriots a significant advantage in a critical play-off game. We have the shrugging Coach Belichick, cowled like a monk in his hoody, saying he did nothing, nothing, nothing wrong. (Then he went out and conducted a science experiment to prove it.) We have the blandly smiling quarterback, Lucky Tom, with the super-model wife and the golden arm and the slow, slow legs, telling the world that he’s as innocent as the angel he looks to be. And we have everyone talking about it.

I flipped on the TV yesterday, saw a clip of Belichick holding forth, and imagined I was on a sports station, ESPN maybe. Not so, I was watching the straight up news. Some news shows seem to have led with Deflategate, skimming past a possible Russian invasion of the Ukraine and other diversions to get to the real meat and buttered potatoes of the day.

Why all this talk about deflated balls from inflated egos who simply will not stop going on about it to an audience that, granted, appears to be rapt? Everyone wants to talk about Deflategate: let’s let ISIS and Ukraine rest, at least for now.

What do we talk about when we talk about the big Deflate? On one level, not much. The estimable Doctor Samuel Johnson was often confronted by his friends with what they took to be burning problems. Johnson had a gift for perspective. How important, he was prone to ask, will this situation appear one year hence? The answer was nearly inevitable: not very important at all.

If Johnson were around, he would no doubt pose this question about Deflategate’s importance a year down the road and the answer, I suspect, would reasonably be, not very important, not at all.

So what’s up here? Why are we so eager to talk about a phenomenon that we can be almost sure will be small beer by the time next year comes around? There are two major reasons, I think, coming from two separate groups: those who love football and those who hate it.

One must understand: those who love the game (and I count myself among their number) are addicted to it. They must have their football, they must watch their contests. For a great span of reasons, they must have their drug. To its devotees, I’d venture, the game somehow manages to calm and energize at the same time: watching it relaxes you and braces you at once. It’s an odd feeling, a feeling akin to a mild inebriation. And it’s one that is hard to give up. The devotees have just gone from having access to about twenty televised games a week to having access to one, and that one is up there far on the horizon.

We’re suffering from withdrawal. Almost half of America—the football fans—are jonesing badly indeed. How can the true fans retain contact with the game they love—and on some level have a need for that borders (maybe) on the physical?

They can talk about the game and analyze it and listen to so-called experts go at it. They can swap emails with their buddies, they can rail and rant and whisper. And in doing so, they can go through something like withdrawal. And in this withdrawal, Deflategate is their transitional drug. It’s not nearly so bracing and relaxing as watching the game on TV, but given what’s out there, it’ll have to do.

Deflategate is half the country’s Methadone.

And the other half? For them I suspect the so-called scandal is medicinal too. It’s like a warm shot glass full of righteousness: a hit of affirmation for all they believe about America and their erring countrymen and -women. A hit of booze often seconds our emotions: one shot and we know that what is right is right and that—surprise—we know exactly what right is. No one drinks that first shot to throw himself or herself into doubt.

The football haters look at Deflategate and they see more evidence for their view that the game is not only violent, brutal, and mean, but also corrupt. They see all that’s worst in America in the game of football: militarism, racism, heterosexism, anti-feminism—and now there’s palpable corruption to boot.

So Bing: Perfecta. Both sides of the aisle are engaged.

There are two Americas out there, it sometimes seems: football America and virtuous America, or an America with high pretensions to virtue. Neither one loves the other overmuch. This scandal—destined probably to mean nothing a year down the road—lays open the fissures in our culture that, as a presidential election looms closer and closer, are likely to become yet more visible and far more vehement. 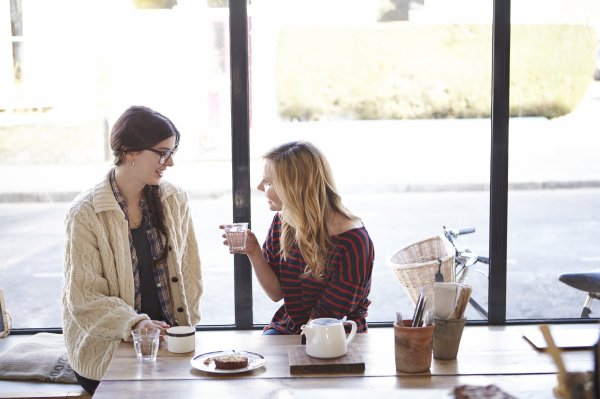 What Unemployed People Do With Their Time
Next Up: Editor's Pick