Dartmouth Bans Hard Alcohol on Campus For All

Students walk across the Dartmouth College campus green in Hanover, N.H., on March 12, 2012. The school is banning hard alcohol on campus.
Jim Cole—AP
By Josh Sanburn

Dartmouth College plans to ban all hard alcohol on campus following a series of high-profile reports of sexual assaults at universities around the U.S.

Dartmouth President Philip Hanlon said on Thursday that all students, regardless of age, would be banned from consuming and possessing hard alcohol on campus, while warning the college’s fraternities that they would need to reform or disband.

Several schools have taken similar steps to reform their alcohol policies since a Rolling Stone articlewas published about an alleged rape at a University of Virginia fraternity. While that story has since been discredited, Brown University announced this month that it would ban alcohol at its fraternities, Swarthmore College has banned hard alcohol from events on campus, and U-Va. has banned mixed drinks and punches at its fraternity parties. 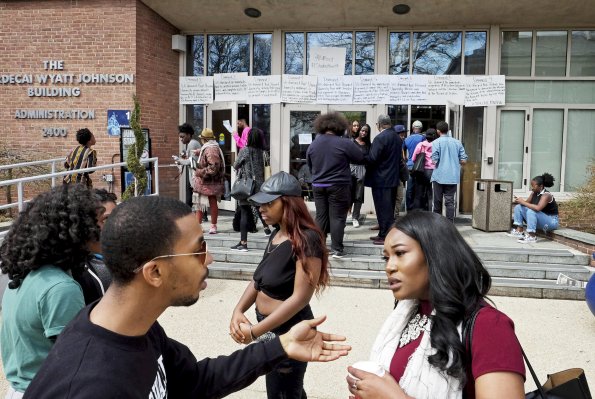 A New Era of Protest Is Energizing Historically Black Colleges and Universities. But There Are Challenges
Next Up: Editor's Pick