How Television Changed the Super Bowl

Elijah Pitts #22 of the Green Bay Packers takes the hand off from quarterback Bart Starr #15 against the Kansas City Chiefs during Super Bowl I on Jan. 15, 1967, at the Los Angeles Coliseum in Los Angeles
Focus On Sport / Getty Images
By Lily Rothman

It’s not news that this year’s Super Bowl expects huge TV-viewership numbers: in fact, as Forbes has reported, the increasing price of commercial space during the game means that a whopping 120 million people will need to watch — that’s nearly 8 million more than last year — in order for those ads to be as valuable as they were last year.

But, when the first Super Bowl took place in 1967, football on TV was a very different beast.

As TIME explained in a 1972 consideration of the “television football freak,” early television broadcasts of football involved a camera held in position above the 50-yd. line and a commentator describing the action à la a radio broadcast, as if the picture weren’t also visible to TV viewers. By the time of the fifth Super Bowl, the production surrounding the TV broadcast had ballooned, including more than a dozen cameras and 100 crew members. Instant replay and jumbo screens within the stadium had also become a thing. The estimate for viewership that year, in the days leading up to the game, was around 62 million.

Expanding the TV coverage of football wasn’t easy, for the same reason that playing football’s not easy. Once the single, stationary camera was replaced by an array of moving cameras, that meant that the cameramen and TV directors had to be able to guess where the ball was going to go. When they guessed wrong, the viewers at home missed the play. (They could also miss plays for sillier TV reasons: TIME later remarked that the sport’s “first major concession to TV” happened in 1967, when the second half of the game had to have two kickoffs because NBC had been airing a commercial during the first one.)

As the expertise of TV sports broadcasters increased, so did interest in football. As TIME observed in 1973, that interest-at-a-distance, helped along by shiny commercial production quality, turned the spot from a mostly collegiate test of strength and character into a full-fledged entertainment behemoth:

This Sunday, you can watch that scramble at 6:30 on NBC — high ritual and all.

Read TIME’s original coverage of Super Bowl I here in the TIME Vault: Bows Before the Bruises 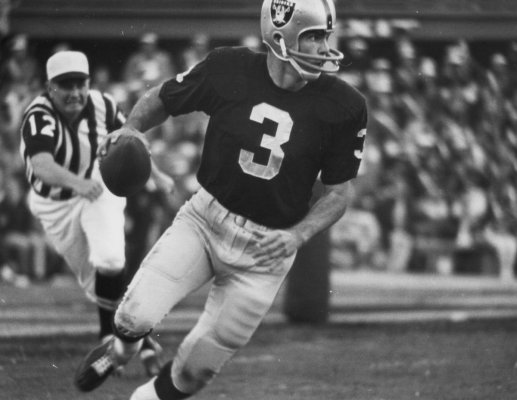 The Evolution of Super Bowl Ads—And How Business Conquered the Game
Next Up: Editor's Pick