13 Bowls That Are Way More Important Than the Super Bowl

Just in time for the Super Bowl: 13 bowls that are way more important than the big game.

Don’t take it for granted: Although proper sanitation is pretty standard in developed countries, there are some 2.5 billion people worldwide who don’t have access to it—a problem that can discourage girls from attending school, as well as cause disease and even death. In an effort to raise awareness about those issues, the United Nations started World Toilet Day on Nov. 19, 2013.

Drought and dust storms plagued the Great Plains in the 1930s and forced residents to move to California during the Depression. The decade-long crisis sparked the largest migration in American history and a change in standard farming techniques; it also inspired John Steinbeck’s Pulitzer Prize-winning novel The Grapes of Wrath.

“That was really one of the big things that broke us—the hairdo more than the music, originally,” Paul McCartney has said of the group’s signature mop-tops, which sparked a styling craze in the 1960s—and then again in 2009, when Justin Bieber debuted with similar locks.

The Sons of Liberty Bowl

This silver punch bowl from 1768 is partly to thank for American freedom. Crafted by Paul Revere, Jr. and commissioned by the Sons of Liberty, it boasts the names of the 92 members of the Massachusetts House of Representatives who refused to take back a letter protesting the Townshend Acts, which slapped taxes on products imported to the colonies from Britain, like glass, paper and tea. According to the Museum of Fine Arts in Boston, which now owns the piece, “This act of civil disobedience by the ‘Glorious Ninety-Two’ was a major step leading to the American Revolution.”

Every St. Patrick’s Day, the Irish Prime Minister gives a bowl of shamrocks to the president of the United States. The gesture, which began in 1952, has become a symbol of goodwill between the two countries and—as President Obama put it in 2009—”an affirmation of one of the strongest bonds between peoples that exist in the world.”

The concept dates back to the Middle Ages, when people ate soup or stew containing game or beans off of “trenchers,” flat tableware made out of bread—the staler, the better. Nowadays, bread bowls—especially the sourdough kind—are de rigueur all over San Francisco and at major lunch chains like Panera Bread.

Barack Obama, Bill Cosby, Duke Ellington, Ella Fitzgerald, and Nat King Cole have all eaten at this iconic Washington D.C. eatery, which also provided food and shelter to activists and firefighters during the 1968 race riots that broke out after Dr. Martin Luther King’s assassination.

Arguably one of the more contentious bowls in history, the Euphronios krater is an ancient Greek vase illustrating the death of Zeus’s son Sarpedon — a rare part of Homer’s Illiad — by one of the period’s most celebrated artists, Euphronios. The Metropolitan Museum of Art acquired the artifact in 1972 for $1 million, but agreed to give it up as part of a 2006 accord, after the Italian Government argued it had been looted and campaigned for its return.

This concert venue is reportedly the largest natural ampitheatre in America and also the site where the Los Angeles Philharmonic became the first major symphony orchestra to air a whole concert on the radio in 1925.

This collegiate question-and-answer competition helped Jeopardy! legend Ken Jennings hone his skills: Jennings was captain of Brigham Young University’s Quiz Bowl team before he won a record 74 consecutive games of Jeopardy! during the 2004-05 season, racking up more than $2.5 million in prize money.

While most bowlers may only dream of bowling a perfect score—or at least one strike per game—Chad McLean bowled 12 strikes in 60 seconds in Gainesville, Florida, on August 30, 2013, setting a world record for most tenpin bowling strikes in a minute.

In June 2013, per the Italian government’s request, the Department of Justice got a restraining order to halt the private sale of Pablo Picasso’s 1909 “Comptoir et tasse” (“Fruit Bowl and Cup”), valued at $11.5 million, because the seller was accused of purchasing the painting with funds obtained illegally. You could buy nearly three 30-second Super Bowl TV ads with the $11.5 million that would have been paid for that bowl. 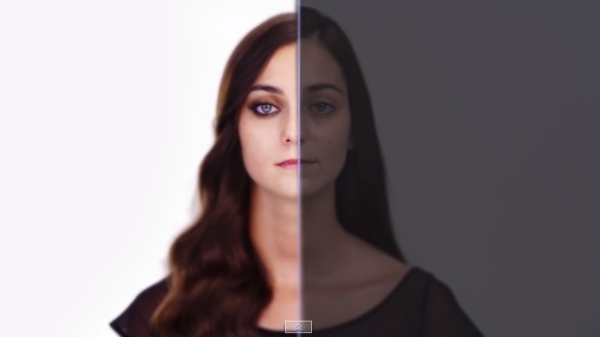 Singer Challenges Beauty Stereotypes by Being Transformed With Photoshop in New Music Video
Next Up: Editor's Pick