Tom Petty Has No Hard Feelings About Sam Smith Song

Tom Petty of Tom Petty And The Heartbreakers performs onstage at The Forum on October 10, 2014 in Inglewood, California.
Paul R. Giunta—Getty Images
By Noah Rayman

Tom Petty says there is no ill will between him and Sam Smith after the artists reached an agreement announced this week over similarities between a song of his and Smith’s recent hit, Stay With Me.

A representative for Sam Smith announced on Monday that Tom Petty and his co-writer Jeff Lynne would be credited as co-writers on Smith’s song because of similarities between it and Petty’s 1989 hit I Won’t Back Down.

“Not previously familiar with the 1989 Petty/Lynne song, the writers of “Stay With Me” listened to “I Won’t Back Down” and acknowledged the similarity,” the representative said in a statement. “Although the likeness was a complete coincidence, all involved came to an immediate and amicable agreement in which Tom Petty and Jeff Lynne are now credited as co-writers of “Stay With Me” along with Sam Smith, James Napier and William Phillips.”

Now Petty has confirmed that the two artists have reconciled their differences amicably. “Sam did the right thing and I have thought no more about this,” Petty said in a post to his website. “A musical accident no more no less.”

Here are the two songs, for you to compare: 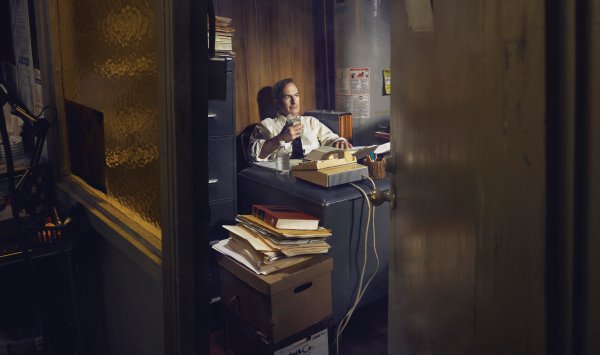 Better Call Saul: Portrait of the Con Artist as a Young(er) Man
Next Up: Editor's Pick