Apple Might Finally Be Beating Samsung in Smartphone Sales

Apple and Samsung have long been bitter rivals in the smartphone market, with each able to claim an advantage over the other: The higher cost of Apple’s iPhones have helped the company enjoy wider profit margins, while Samsung has historically clobbered Apple in terms of the number of devices shipped.

However, that may no longer be the case.

Apple sold a record 74.5 million iPhones last quarter, it said as part of its earnings report Tuesday. A day later, Samsung said it sold somewhere between 71 and 76 million smartphones. That means there’s a decent chance Apple is now beating Samsung not only in profit margins, but also in number of devices shipped.

Still, some analysts are sowing doubt over whether that’s actually the case. One research firm, Counterpoint Research, says Apple is now on top: It says Samsung only shipped 73.8 million devices last quarter. Ben Barjarin, an analyst with Creative Strategies and TIME columnist, also gave the nod to Apple.

But another analyst, Strategy Analytics, has taken the middle road and called it a tie, saying Apple and Samsung both shipped 74.5 million devices, giving both companies an equal 19.6% share of the global smartphone market.

A tie game means we’re headed to overtime. Whether Apple can hold on to its maybe-possibly-kind-of lead over Samsung depends on how its newest iPhone models perform as their shine wears off. Apple’s sales numbers last quarter got a big boost from the introduction of the iPhone 6 and iPhone 6 Plus, particularly in China, where the bigger devices were an equally big hit. If history is any indication, Apple won’t refresh its phone lineup for several months at the earliest, while Samsung is reportedly set to drop a new flagship model early this year to replace the Galaxy S5. If that as-yet-unannounced phone is a winner, it could put Samsung right back on top. 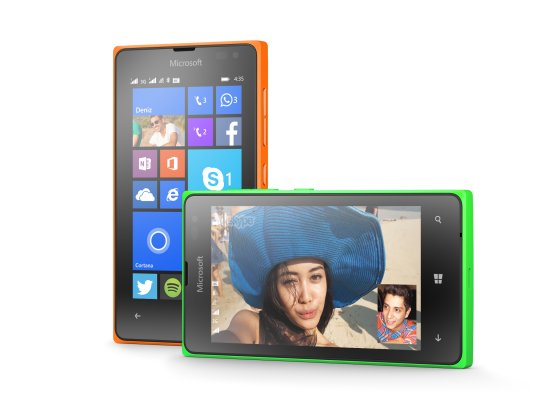 Microsoft's New Windows Phones Cost Under $100
Next Up: Editor's Pick