The 1 Weird Reason You're Tipping More

If you buy a cup of coffee or lunch and your server pulls out an iPad, pay attention: You could wind up leaving a higher tip without even realizing it.

When software research company Software Advice surveyed consumers who use iPads or similar devices to buy food and drink, it found that the use of iPads increases the amount many people tip when they pay. More than four in 10 consumers say being in close proximity to their server at the time of the transaction can prompt them to leave a tip when they otherwise might not have.

What’s more, nearly 30% of respondents say they would be more likely to tip if they had to tap a button that says “no tip,” a feature many establishments use.

“This is especially more prevalent at places like coffee shops or at food trucks where the person taking your card is standing right in front of you,” says Justin Guinn, retail market researcher at Software Advice. “People might feel awkward pressing a ‘no tip’ button with the server or cashier looking right at them, waiting for them to make a choice. There’s an undeniable guilty feeling,” he says.

Others also have observed this phenomenon in restaurants that use digital tipping, and even in taxi fleets that have been converted to accept credit cards via touch screens in the back seat.

And in some cases, establishments take advantage of the addition of iPads to tweak the standard tip — rather than offer customers a range with 15% at the midpoint, 15% or even 18% might be the starting point. Reflexively hitting the center option without thinking about it could lead to paying a few percentage points more.

When coffee giant Starbucks added the ability for a customer to leave a tip to their barista using the payment function on their mobile app, they included dollar amounts up to $2 — which adds up to a whopping 50% tip even if you’re paying $4 for your caffeine fix.

It could be guilt at work, or it could be the convenience of paying with a couple of taps, according to Guinn.

“Whether or not patrons are ‘feeling the pressure’ to tip more because the server is standing next to them certainly seems to be a factor in the amount they’re leaving,” he says. “However, since the iPad is streamlining the ordering and paying process overall, it could be the convenience of the iPad itself.” 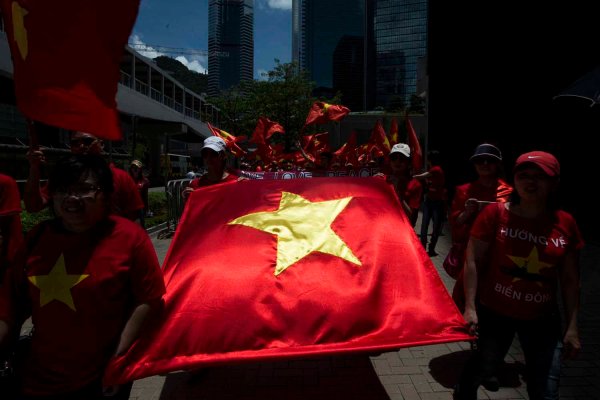 Why China Is Nervous About Its Role in the World
Next Up: Editor's Pick