A Microsoft Engineer fastened the HoloLens tight against my forehead. I looked through the visor of the company’s new virtual-reality headset at a perfectly ordinary coffee table. Suddenly a translucent castle surrounded by fields complete with grazing digital sheep materialized on its surface as the prototype gadget beamed images directly into my eyes. By gesturing with my hands, I could prod the animals around the pasture, nudging one of them to the edge of the table, where it jumped down to safety.

This startling demo is the latest sign of how tech giants foresee a 3-D future. Microsoft is pitching its HoloLens as the next wave of computing, not just for gaming but also for tasks ranging from video conferencing to 3-D modeling. “Our industry’s progress is punctuated by moments of category creation,” CEO Satya Nadella said at a Jan. 21 event at the company’s Redmond, Wash., headquarters. “Holographic computing is one such moment.”

Nadella didn’t say when the HoloLens might be available to consumers or how much it will cost, but it’s clear it will have a lot of competition when it hits stores. Early last year, Facebook paid $2 billion for virtual-reality startup Oculus VR, which is close to releasing an affordable headset. Sony is working on a similar device to go with its PlayStation 4 gaming console. And Samsung sells the $199 Gear VR, which is compatible with its Galaxy line of phones. Here’s a closer look at the industries that tech’s biggest players think virtual reality can disrupt. 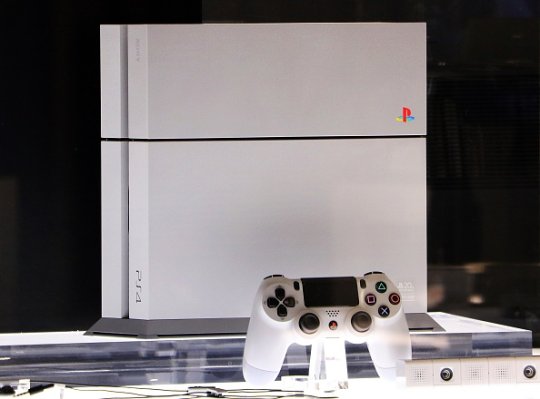 Sony and Spotify to Unveil New Music Service on PlayStation
Next Up: Editor's Pick