The Blizzard That Won’t Go Down in History

The warnings were dire. With forecasts of an epic blizzard barreling down on the Northeast, airports cleared out, travel bans were enacted, and for the first time in its 110-year history New York City’s subway system was shut down because of snow. And then the Blizzard of 2015 blew off course. While much of New England and eastern Long Island were clobbered, other areas that had braced for the worst wound up with a snow day they didn’t deserve. What happened?

The key to understanding why the blizzard went bust in New York City and Philadelphia is the weather modeling meteorologists rely on to make their forecasts. There are four main computer models used around the world: the American Global Forecast System; the European model, called the European Center for Medium-Range Weather Forecasts; the UKMET model from the U.K.; and the Canadian model. All had been predicting a more easterly track–which would miss New York City–until three days prior to the event. “Before that, the models all took the storm out to sea,” says Joel Gratz, a meteorologist and the CEO of forecasting company Open Snow.

Then a critical shift by the European model–regarded as the world’s most reliable–moved the storm’s track west. The U.S. National Weather Service, which politicians rely on for emergency planning, based its forecast on the European model, thereby triggering the snowpocalypse preparations.

But in forecasting, the margin between right and wrong can be razor-thin. Some 10 in. of snow may have fallen in Central Park, but parts of Long Island, just 20 miles away, were hit with 1.5 ft. And snowfall totals, which depend on temperature and how snow crystals form, are especially difficult to predict. “A false alarm,” says Ryan Maue, a research meteorologist at the private firm WeatherBELL, “is hardly the worst possible outcome.” 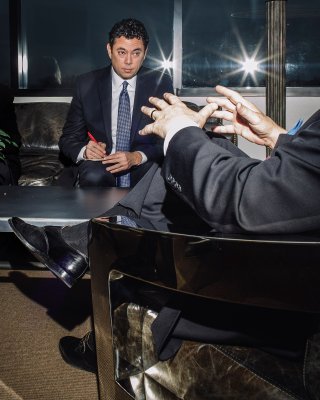 The Republicans’ White House Watchdog
Next Up: Editor's Pick