Oscar Isaac can do one hell of a Desi Arnaz impression. The 35-year-old actor is describing his character in the new film A Most Violent Year, in which he plays a Colombian immigrant vying to transform his heating-oil company into a success despite the graft and, yes, violence among his competitors. Isaac speaks softly and carefully about how he conveyed humility and respect onscreen before pitching his voice higher: “The way he deals with his wife is not to be like–‘Luuuucy!'” Isaac says, lilting just as Arnaz did on I Love Lucy.

O.K., so the degree of difficulty isn’t exactly high. But Isaac’s imitation of Arnaz demonstrates his ability to acknowledge a stereotype before he subverts it–a skill that’s only grown more pronounced as he rises to greater recognition.

Isaac came to prominence in 2011 with Drive, in which he stood between onscreen wife Carey Mulligan and the movie’s hero, Ryan Gosling. It could have been a nothing part. As written, Isaac says, the role was “just a Mexican dude that gave beer to his son and was on parole and ends up doing a horrible crime and gets killed–and who cares?” In conversations with director Nicolas Winding Refn, Isaac helped reshape the role into one that is far more morally compromised and more interesting. In his best-known role to date, as the title character of Joel and Ethan Coen’s 2013 folk-music satire Inside Llewyn Davis, he transcended cliché again, managing to turn a prickly would-be star–a person you wouldn’t want to meet in an elevator, let alone watch for two hours in a theater–into a soulful fellow who alternated boorishness with relatable pain.

His role in A Most Violent Year shares little with his past work except how difficult it is to categorize. In the new film, now open throughout the U.S., Isaac’s Abel Morales has fled civil-war-torn Colombia, married into the heating-oil business and embraced his wife’s business acumen. He has shed any visible semblance of Colombia, believing it will help him avert chaos. Abel and Anna (Jessica Chastain) are no Ricky and Lucy; they’re each other’s only real allies in hardscrabble 1981 New York, and both come to learn that American industry can be as frighteningly unsteady as the world Abel escaped.

For all Abel’s Americanization, he can’t help others’ conceptions of him. Just about every other character in A Most Violent Year fulfills the title by toting a gun, while Abel avoids gunplay at any cost, out of pragmatism and misguided self-belief. As soon as he shoots at the people who want to shoot at him, Isaac says, “I’m exactly what they want me to be. I’m just some Latin thug with a gun. And I’m a gangster.”

Born Oscar Isaac Hernández in Guatemala but raised from infancy in Miami–where, he’s said, he was a troublemaker and where he learned to play guitar, which he still does at occasional New York gigs–Isaac has a lot to draw on when it comes to his character’s fear of being prejudged. “I have purposefully shied away from roles and films that basically do the same tired thing when it comes to Latin characters who are stereotypes,” he says. No wonder he plays Abel so very neurotic; the performance recalls Godfather-era Al Pacino in its tightly wound hypermasculinity.

His characterization wasn’t in the original script, by director J.C. Chandor. Isaac worked with Juilliard schoolmate Chastain (who recommended him for the part when Javier Bardem dropped out) to draw out a history of a complicated marriage, informed by the push-pull of Abel’s machismo and his deference.

It’s easy enough to put one’s brand on a small project; Isaac is rarely offscreen in A Most Violent Year, and he was given relatively free rein to calibrate his performance. But Isaac’s next big project is less mutable–that’s him piloting an X-wing starfighter in the first trailer for the Star Wars sequel The Force Awakens, out in December. After that, he’ll play the villain in 2016’s X-Men: Apocalypse. His arc is one that’s increasingly common in our franchised-to-the-max movie landscape: an intriguing star comes to prominence through innovative work and ends up acting against a CGI backdrop. But Isaac isn’t concerned. For one thing, he finds Star Wars director J.J. Abrams to be “an incredibly collaborative person.” And the challenges and possibilities of acting don’t change when the budget is multiplied by a factor of 10: “My job is still the same. Between ‘action’ and ‘cut,’ that’s mine. No matter how big the production is, that’s still my space. That’s the sacred space.”

Spoken like a Juilliard alum. But for all his classical training, Isaac isn’t afraid to go to strange places with his work. His inspirations for A Most Violent Year were two works about masculine dominance: Marguerite Yourcenar’s Roman Empire novel Memoirs of Hadrian and Marvin Gaye’s deconstructed version of “The Star-Spangled Banner.”

“Talk about ownership,” Isaac says of Gaye’s tour de force. “People didn’t know what to do. It’s an amazing moment of someone completely owning the space and pure expression.” Taking a tired, familiar standard and imbuing it with strange, compelling life–it’s a nice goal, realized in a most viable year. 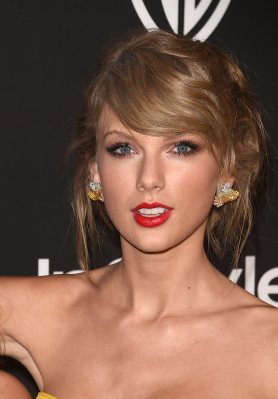 Taylor Swift’s 1989 Heads Back to the Top
Next Up: Editor's Pick