A health care worker, right, takes the temperatures of school children for signs of the Ebola virus before they enter their school in the city of Conakry, Guinea, Monday, Jan. 19, 2015
Youssouf Bah—AP
By Kevin McSpadden

Scientists at a French research institute say the Ebola virus has mutated and they are studying whether it may have become more contagious.

Researchers at the Institut Pasteur are analyzing hundreds of blood samples from Guinean Ebola patients in an effort to determine if the new variation poses a higher risk of transmission, according to the BBC.

“We’ve now seen several cases that don’t have any symptoms at all, asymptomatic cases,” said human geneticist Dr. Anavaj Sakuntabhai. “These people may be the people who can spread the virus better, but we still don’t know that yet. A virus can change itself to less deadly, but more contagious and that’s something we are afraid of.”

Although virus mutations are common, researchers are concerned that Ebola could eventually morph into an airborne disease if given enough time.

However, there is no evidence to suggest this has happened yet, and the virus is still spread only via direct contact with an infected person.

Institut Pasteur, which first pinpointed the current Ebola outbreak last March, is hoping that two vaccines they are developing will reach human trials by the end of the year. 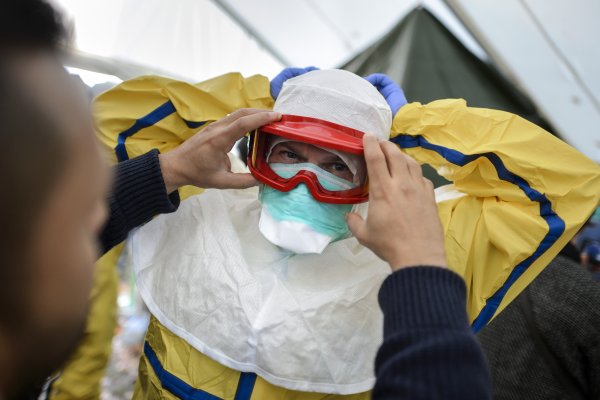