The PlayStation 4 20th anniversary edition is displayed at Sony's showroom in Tokyo on Dec. 4, 2014
Yoshikazu Tsuno—AFP/Getty Images
By Sabrina Toppa

The service will initially only be accessible on Sony game consoles and Xperia devices worldwide, reaching 64 million players logged into the PlayStation Network (PSN).

“This partnership represents the best in music and the best in gaming coming together,” Sony president Andrew House said in a statement. “We’re thrilled to make Spotify the foundation of our strategy with PlayStation Music.”

“As a gamer and PlayStation 4 user myself, I’m super excited to be able to soundtrack my FIFA 15 Arsenal matches later this spring,” said Spotify founder Daniel Ek. 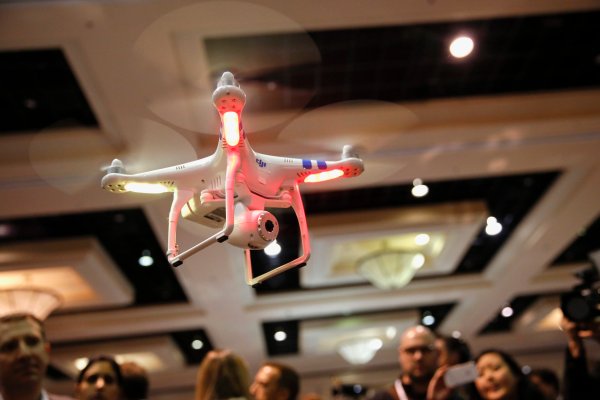 Why Keeping Drones Out of No-Fly Zones Is Harder Than You Think
Next Up: Editor's Pick