Here's What a 55,000-Year-Old Skull Teaches Us About Human Migration

This undated photo provided by the Israel Antiquities Authority on Jan. 27, 2015, shows a partial human skull excavated from a cave in Israel's western Galilee region
Clara Amit—AP
By Helen Regan

Part of a female human skull, found in a cave in Israel and believed to be around 55,000 years old, is giving researchers clues as to when humans migrated out of Africa, leading to the eventual colonization of Europe.

The partial skull, found in Manot Cave in western Galilea, is the first recorded instance of modern humans being in the Levant region during that time period, archeologists claim in the journal Nature. These early people may have been the first to pass through the region on their way to cooler latitudes.

“It’s amazing. This is the first specimen we have that connects Africa to Europe,” said Israel Hershkovitz of Tel Aviv University.

Neanderthal remains have previously been found in locations close to Manot Cave, dating between 50,000 and 65,000 years of age, so that places the two species in the same place at the same time.

Non-African humans have a tiny bit of Neanderthal DNA and studies suggest the mix happened 50,000 to 60,000 years ago.

Scientists say the new discovery offers the possibility that a spell of interbreeding between Neanderthals and early humans occurred at this time and in this region. 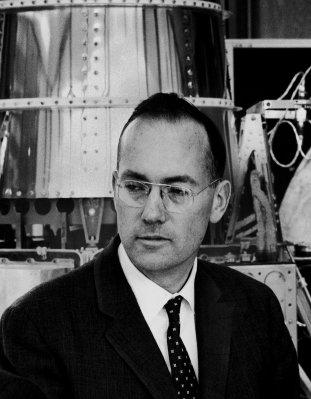 Inventor of the Laser Dies at 99
Next Up: Editor's Pick