1 in 5 American Children Relying on Food Stamps for Meals

Twenty percent of children in the U.S. currently need food stamps to eat, according to federal data released Wednesday.

Citing figures compiled by the U.S. Census survey of American families, Reuters reports that 16 million children in the country used food stamps in 2014.

This number represents a significant spike from prerecession levels of 9 million children (or 1 in every 8), indicating that the U.S. economy’s recovery is not benefiting low-income families as much. 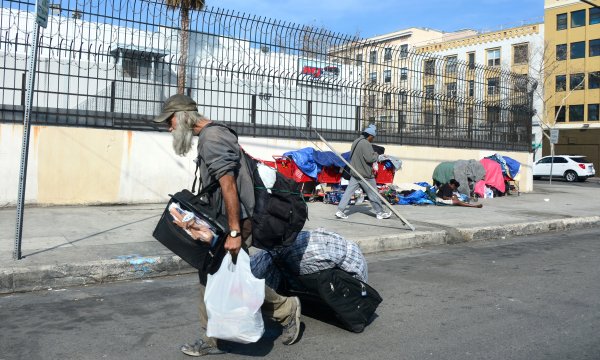 Los Angeles' Homeless Camps Are Growing
Next Up: Editor's Pick