A DJI Innovations Phantom remote-controlled drone hovers above attendees during the CES Unveiled press event prior to the 2014 Consumer Electronics Show in Las Vegas, Nevada, U.S., on Sunday, Jan. 5, 2014.
Bloomberg—Bloomberg via Getty Images
By Dan Kedmey

Two days after a small drone crash-landed on the White House lawn Monday, its manufacturer, DJI, vowed to erect an electronic fence around downtown Washington, D.C. Any DJI drone that gets a new software update, the company says, won’t be able to enter this new no-fly zone.

But DJI’s so-called “geofencing” technology isn’t new. The company began developing the feature as early as 2012, when drone fever flared out from hardcore hobbyists to a growing number of more casual users. Market research firm CEA Research estimates shoppers will purchase 400,000 small drones this year. That means there are lots of new flyers out there unfamiliar with the rules of the sky.

“It’s moving from a more niche space to a consumer product where you have a lot of people who may not necessarily know what the rules are,” says DJI spokesman Michael Perry.

So rather than send drone hobbyists a packet of federal aviation regulations, DJI set off to build a few basic rules into its software. Airports, for instance, have a 5-mile Federal Aviation Administration flight restriction, so DJI nabbed a list of more than 10,000 of them and began building digital fences around their coordinates. When DJI erects its fence around Washington, D.C. in the coming days, it will roll out similar barriers around those airports, too.

For DJI, the move might help prevent one of its drones from being involved in something unsafe or outright catastrophic. “We are pushing this out a bit earlier to lead in encouraging responsible flight,” Perry said.

But that still leaves a raft of aviation regulations out of the picture. Flights over military bases, national parks, international borders and crowded stadiums are all verboten. Then there’s the FAA’s constantly-changing list of temporary no-fly zones around stuff like passing presidential motorcades. Drone flyers in Corpus Christi, Texas, for instance, may not have gotten Wednesday’s memo about a flight-restricted swath of their city. And even outside of these FAA rules, there are tort laws governing privacy and personal injury issues. A flight by a camera-equipped drone outside a neighbor’s bedroom window could be legally murky airspace, for instance. This list of moving and abstract targets makes it nearly impossible for drone makers to hard-wire a fool-proof flight path for their customers.

“There really is not a good comprehensive source of places where the FAA is saying not to fly,” says Brendan M. Schulman, a special counsel who specializes in drone casework for law firm Kramer Levin Naftalis & Frankel.

That’s problematic for drone pilots, too. Getting acquainted with all the dos and don’ts of flying, Schulman says, “is really asking a lot of people who are really just flying toys in their backyard.”

Even an obvious rule, such as steering clear of airports, may not be so apparent to amateur flyers. “You can just go on YouTube and see that they’re flying into areas where there’d be a restriction,” says Colin Snow, CEO of trade blog Drone Analyst. One enthusiast flying a drone through downtown San Jose, Snow says, clearly didn’t realize the San Jose airport was less than a 3-mile cruise away.

In other words, there’s no quick, technological fix for wayward drones, short of education and common sense. Schulman is quick to point out that for the most part, the recreational drone community seems to be a responsible lot, a few headline grabbing cases notwithstanding. He says among hundreds of thousands of flyers, he’s aware of only a handful of pending cases by the FAA.

Aviation enthusiast groups, such as the Academy of Model Aeronautics, are also working to teach their swelling ranks how to fly their new drones safely. Richard Hanson, the AMA’s government and regulatory affairs director, praises geofencing, but he also worries too many flyers might think they’re just fine sticking to autopilot: “[Geofencing] sets a mindset within the user that says, ‘I don’t have to worry about that because the manufacturer has taken care of that.” 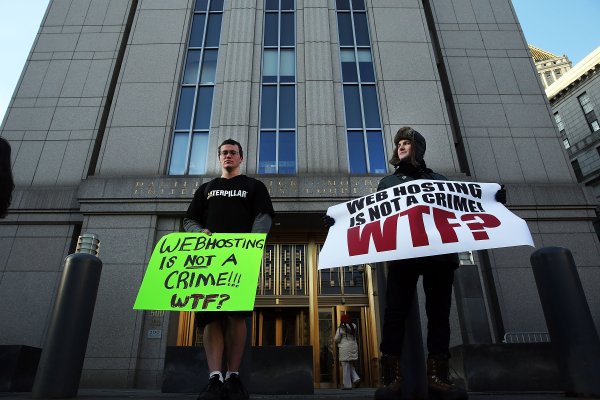