Rapper 2 Chainz is Serious About Running for Mayor

This Aug. 31, 2013 file photo shows 2 Chainz performing at the 2013 Budweiser Made in America Festival in Philadelphia, Pa.
Charles Sykes—Invision/AP
By Maya Rhodan

Rapper Tauheed Epps, better known by his stage name 2 chainz, is apparently mulling a run for mayor of his hometown, College Park, Ga. In an interview with the Atlanta Journal Constitution, Epps—whose hits include “I Luv Dem Strippers” and “No Lie”—Epps said that he was seriously considering a run.

“I am looking forward to running at the end of this year or next year. [I’m] waiting to see if I meet all of the qualifications!” the Grammy-nominated artist told the paper.

Interest in Epps’ political ambitions peaked earlier this week after he told XXL Magazine about his potential run.

“I’m supposed to be running for mayor in College Park. I got everybody wishing,” Epps said. “I’m really gonna do this little mayor thing in College Park. I’m just trying to make sure I have the right qualifications.”

2 chainz wouldn’t be the first rapper to dabble in local politics. In 2011, Luther Campbell, formerly known by his rap name “Uncle Luke” of the 2 Live Crew ran for mayor of Miami-Dade County in South Florida. Campbell lost.

Though Epp is known musically for rhyming booty with itself and rapping about selling crack (though the author is particularly partial to the line “Pull up to the scene with my roof gone/when I leave the scene bet your boo gone”), Epps knows about more than just money, women and clothes.

The 37-year-old attended Alabama State University on a basketball scholarship and reportedly received high marks while he was there. Though a convicted felon, Epps is a champion for restoring felons’ voting rights. He also recently made headway for going toe-to-toe with HLN host Nancy Grace over the legalization of marijuana, and arguably, besting her in a fierce debate.

If qualified to run for office, Epps could prove a worthy contender for incumbent College Park mayor Jack Longino. Longino, however, isn’t worried. The 20-year mayor told the Daily Beast recently he doesn’t believe Epps is a College Park resident. But if he does and decides to run, Longino said, “we’ll let the people decide.” 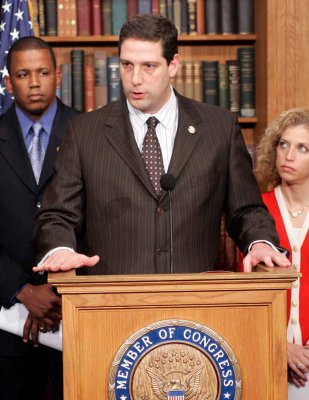