Why Your Coffee Addiction Isn't So Bad for You

Knocking back a daily cup of joe (or several) delivers more than a jolt of energy. That morning brew comes with a host of health benefits, according to research. Here’s how coffee can benefit your body and your brain.

1. Coffee may decrease your risk of depression. Drinking four or more cups per day could decrease the risk of depression in women, according to a study from the Harvard School of Public Health. The study examined the coffee habits and depression rates of 50,739 women over 10 years. Coffee drinkers had a 20 percent lower chance of developing depression later in life. Drinking two to four cups daily also appears to lower the risk of suicide by 50%, according to another Harvard study.

2. Coffee might help prevent skin cancer. Drinking four or more cups of coffee daily may lower your risk of cutaneous melanoma, the leading cause of skin-cancer death in the U.S., by 20 percent, according to a new study published in the Journal of the National Cancer Institute. Researchers followed nearly 450,000 cancer-free participants over 10 years. Overall, those who drank more saw less cutaneous melanoma. Four daily cups of coffee can also reduce the risk of Alzheimer’s, according to previous studies.

3. Smelling coffee can bust stress. When rats smelled coffee beans, genes connected with healthful antioxidants and stress-reduction were activated, according to researchers from Seoul National University in South Korea. No, you’re not a rat—even if you’re in the rat race—but the stress-busting benefits may be one reason your morning latte smells so delicious.

4. Coffee might help fight obesity. A compound found in coffee, chlorogenic acid (CGA), could help ward off obesity-related diseases, according to researchers at the University of Georgia. In a study of mice, CGA prevented weight gain, reduced inflammation, helped maintain normal blood-sugar levels, and kept livers healthy. Gradually increasing your coffee consumption can also lead to a lower risk of Type 2 diabetes, according to previous research.

5. Coffee may prevent Parkinson’s disease. Men who did not drink coffee were two to three times more likely to develop the disease than men who drank four ounces to four cups per day, according to a study published in Journal of the American Medical Association. Though there are treatments to slow the progression of Parkinson’s, which targets the body’s nervous system and causes tremors, there’s no cure, so prevention is key.

6. Coffee could boost your workout. Caffeine increases the number of fatty acids in the bloodstream, which raises overall endurance, because your body doesn’t have to burn carbs so fast, The New York Times reports. Weightlifters who drank caffeine before their workouts stayed energized longer than those who did not, according to another small study.

7. Coffee may help your hearing. Regularly consuming caffeine may help prevent tinnitus, a persistent ringing in the ear. Women who drank one and a half cups of coffee a day were 15% more likely to develop tinnitus than those who drank four to six cups, according to a study of 65,000 women published in the American Journal of Medicine.

8. Coffee could lead to a healthier liver. Drinking both caffeinated and decaffeinated coffee may lower liver enzymes associated with inflammation, according to a 28,000-person study conducted by researchers at the National Cancer Institute. Participants who drank at least three cups of coffee per day showed lower levels of the potentially harmful enzymes than those who did not drink coffee.

9. Coffee might help you live longer. Drinking two to six (or more) cups of coffee per day could lower the risk of dying by 10 percent for men and 15 percent for women, according to a study of over 200,000 men and 170,000 women (ages 50 to 71) in The New England Journal of Medicine. (The data was adjusted to discount the effects of unhealthy habits, such as smoking, since regular coffee drinkers also tended to be regular drinkers and meat-eaters.)

Read next: Yes, Caffeine Withdrawal Is a Real Thing 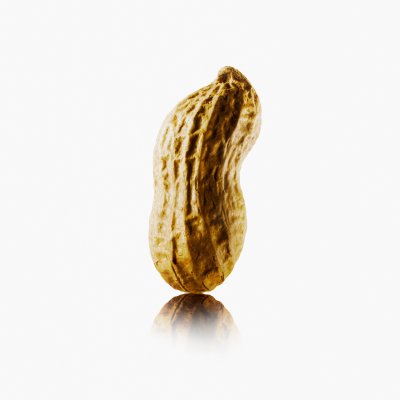