Here's How to Pick the Best Tablet For You

An attendee looks at the new iPad Air during an Apple announcement at the Yerba Buena Center for the Arts on October 22, 2013 in San Francisco, California.
Justin Sullivan—Getty Images
By Ben Taylor / FindTheBest

Five years ago, no one knew quite what to make of the tablet. Was it the future of the laptop? Was it made for creation or consumption? And in the end, was it just a bigger version of the smartphone? For the next several years, we saw almost every device you could imagine, from a 2.8-inch micro-tablet (the Archos 28) to a 27-inch beast (the Planar Helium). A few new ideas stuck. Most flopped.

Jump ahead to 2015, and the market has largely settled. Customers seem to want one of three kinds of tablets, and the best devices almost all fit neatly into one of these categories.

In that spirit, we’ve broken down these three tablet groups, then picked a handful of products we would recommend for each. We’ll let you know what to look for—and what to avoid—depending on your preferences. Finally, we’ll highlight a few trailblazing tablets that don’t belong in any of these categories.

Pros: Can do a little of everything
Cons: No obvious strengths
Typical screen size: 9-11”
Typical starting price: $400-500

The most popular category for tablets, these models are jack-of-all-trade devices, designed to do a little bit of everything. Want to snap family photos? Each of these models comes with a decent camera. Need to give an off-site presentation to a client? You’re getting a nice mix of lightness and screen size. Just want to share status updates and YouTube comments? Post away.

The only problem: none of these tablets truly excel at any one thing. Products in this category tend to be just a bit too big for a purse or coat pocket, but a little too small for completing serious work.

So grab a general-purpose tablet if you plan to use it for all sorts of tasks, but consider another category if you have one or two particular uses in mind.

The mini tablet is the ultimate travel and leisure device. Pop it in your backpack, slide it out for some poolside browsing, or place it on your nightstand for some bedtime reading. They’re so light you’ll forget you’re holding a tablet, and thin enough to squeeze in almost any nook, pocket, closet or cranny.

Better yet, they’re the cheapest tablets on the market. The iPad Mini 3 is Apple’s least expensive new tablet, while Amazon’s Kindle Fire HD 7 has a price tag under $150.

But you also get what you pay for. Miniature tablets tend to be the least powerful models, less capable of running high-end mobile games with a smooth, consistent experience. And forget about productivity. Trying to update a spreadsheet or compose a presentation on a mini tablet is frustrating and time-consuming.

Finally, consider that smartphones are getting bigger every year. Do you really need a 7-inch tablet if you plan to buy a 6-inch phone next year? The biggest phones and smallest tablets are practically becoming the same device, and you certainly don’t need both.

So consider a mini tablet if you want something leisurely and affordable, but make sure that’s all you want — or else you’ll wish you purchased something bigger and more capable.

The answer to the mini tablet is the productivity tablet—a device built for getting work done. Typically equipped with massive screens and sold with optional accessories (ex: keyboard and stylus), tablets in this category are designed to replace your laptop.

The best customer for these tablets is the on-the-go professional. You can work up a client presentation at your desk, slide the tablet into your briefcase, then travel to an off-site presentation, all with just a couple pounds of technology in tow.

On the flip side, are these devices really good enough to replace a laptop? Sure, they might be the most productive tablets available, but most laptops still do the same tasks just a bit better, making the productivity tablet a hard sell for seasoned business people.

And then consider leisure activities. Even if you don’t plan to use your tablet for fun very often, those few moments will quickly become obnoxious as you attempt to hold up a 900-gram device through all 58 minutes of Game of Thrones.

So buy a productivity tablet if you’re serious about getting work done (and don’t need or want a laptop), but save the fun and games for another device.

You might say the tablet market has matured, but Microsoft and Nvidia aren’t convinced. Microsoft’s freshly announced Surface Hub comes in two massive sizes—55- and 84-inches—an office touchscreen designed to reinvent brainstorms, conference calls and collaborative meetings. We’ve never seen anything quite like it, complete with Skype integration and stylus compatibility. The device is set for release sometime later this year.

Meanwhile, Nvidia isn’t satisfied with angry birds and crushed candy: the company’s Shield Tablet wants to bring the power of expensive, modern gaming to a tablet device. As such, the tablet comes packed with a 2.2 GHz, quad core processor—the sort of internals you’d normally expect only on a laptop. While it’ll be tough to lure PC and console gamers from their keyboards and Dualshock controllers, Nvidia is committed to the cause.

It’s entirely possible that both Microsoft’s and Nvidia’s pioneering devices will flop. But if either hits, we’ll be looking not at three, but four tablet categories in 2016. 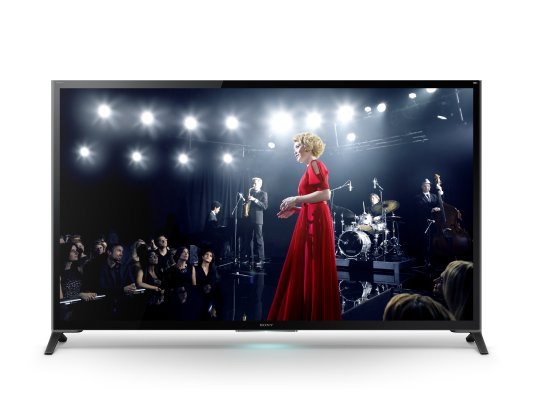 This Is the Best TV You Can Buy Right Now
Next Up: Editor's Pick