Ryan, who has been serving in the House of Representatives since 2003, says he has self-identified as pro-life for the majority of his political career, having being raised Catholic. But the Ohio representative wrote in an op-ed published by the Akron Beacon Journal on Wednesday that his conversations with women across Ohio and the country about the myriad reasons that lead them to have an abortion led him to change his mind.

“These women gave me a better understanding of how complex and difficult certain situations can become. And while there are people of good conscience on both sides of this argument, one thing has become abundantly clear to me: the heavy hand of government must not make this decision for women and families,” Ryan writes.

Ryan goes on to say, “each and every American deserves the right to deal with these difficult situations in consultation with their families, close friends, or religious advisers.”

The op-ed comes nearly a week after some Republican women in the House of Representatives stopped a vote on an anti-abortion bill because of language included in it that would have but restrictions on women seeking to end pregnancies that resulted from rape. A vote on that bill was scheduled for Jan. 22, the anniversary of the 1973 Supreme Court decision that legalized abortion, Roe v. Wade.

As recently as 2009 Ryan trumpeted his record on pro-life legislation, while promoting a bill that would reduce unintended pregnancies in an effort to find common ground among pro-choice and pro-life communities. In 2013, Ryan opposed a ban on abortions after 20-weeks, saying it was “dangerous in its implications.” Douglas Johnson of National Right to Life Committee, a leading pro-life organization, calls Ryan a “pro-life impersonator” and notes he’s never consistently voted pro-life—according to the organization’s scorecard, he’s voted “against” them more times than he has for them throughout his time in office.

“This is dog-bites-man from my perspective,” Johnson tells TIME.

Yet given his past self-identification as pro-life, Ryan’s stance is now abundantly clear. “I am a 41-year-old father and husband whose feelings on this issue have changed. I have come a long way since being a single, 26-year-old state senator, and I am not afraid to say that my position has evolved as my experiences have broadened, deepened and become more personal. And while I have deep respect for people on both sides of this conversation, I would be abandoning my own conscience and judgment if I held a position that I no longer believed appropriate,” he writes

Women’s health organization Planned Parenthood has lauded Ryan’s pivot on the divisive issue saying in a statement that they look forward to working with him.

“Congressman Ryan joins the overwhelming majority of Americans who want women to have access to abortion and don’t want politicians to interfere in women’s personal medical decisions,” said Cecile Richards, president of Planned Parenthood Action Fund, in a statement. 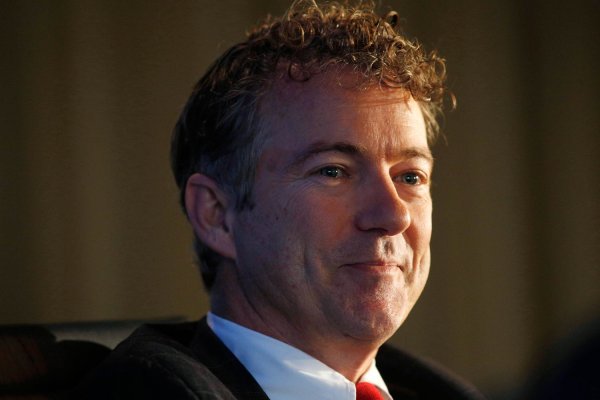 Paul Gets Assist from 2016 Rivals on 'Audit the Fed' Bill
Next Up: Editor's Pick